Discovery in 100 Days? It's Not Only Possible, It's Sometimes Required 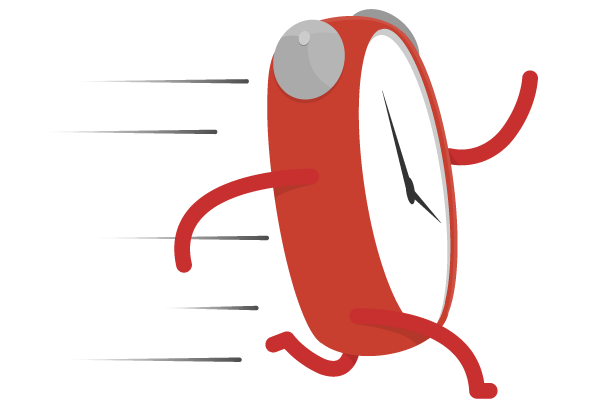 Originally published by QDiscovery, this abridged post is a detailed look at how some federal districts are accelerating e-discovery timelines in the interest of making cases more “just, speedy and inexpensive.”

Discovery in federal cases just got a lot faster in Illinois and Arizona. The Northern District of Illinois and District of Arizona are three months into a three-year Mandatory Initial Discovery (MID) pilot project that affects nearly all new civil cases filed in those districts. The MID pilot project makes mandatory and expands the scope of existing requirements under Federal Rules of Civil Procedure 26(a)(1) and 26(f), creates a procedure for early resolution of discovery disputes, and imposes extremely aggressive document production deadlines. In short, you now have only 100 days from filing to production.

The requirements of the MID pilot project are set out in a N.D. Ill. Standing Order. Parties will need thorough preparation and good e-discovery strategy to comply with the letter and spirit of the project. Their potential reward lies in the MID project’s stated purpose to make cases more “just, speedy and inexpensive” by taking a new approach to early discovery.

The MID project’s philosophy of mandatory participation can be summed up as “no exceptions, no extensions.” All new cases are automatically enrolled with a few limited exceptions like consolidated multi-district litigation. The official MID pilot project checklist gives the full list of exempted matters. Parties can remove their case from the project only by filing a joint written stipulation that no discovery will be conducted. All project requirements are mandatory; opting out is not allowed, either by agreement or court order.

Similarly, extensions of time are permitted in only three circumstances. At the outset of the process, a one-time 30-day deferral will be granted if the parties jointly certify they have a good faith belief that the case will settle within 30 days of filing the answer. Second, program deadlines are tolled if the defendant raises a jurisdiction or immunity defense. Finally, and in contrast to all other project requirements, the court retains discretion to extend production deadlines.

As the official MID pilot project documentation makes clear, Mandatory Initial Discovery is purposefully designed to eliminate the need for most if not all party-directed discovery (and a party may not serve any discovery until after initial discovery is completed). To make party-initiated discovery unnecessary, parties must voluntarily disclose everything they would reasonably expect the opposing party will, might, or should ask about. Of course, parties must disclose everything they intend to rely on as well.

The underlying purpose of initial discovery responses is to push the parties to talk seriously about settlement by forcing them to lay their cards on the table, in the hope that more cases will settle early on, before substantial discovery costs are incurred. At a minimum, parties who fully comply with the requirements can expect to reap cost savings by narrowing the issues in dispute.

The second prong of the pilot project essentially makes the Rule 26(f) meet and confer mandatory. Unfortunately, in too many cases counsel either opt out of Rule 26(f) entirely or fail to adequately address electronic discovery (meaning, effectively, document discovery). The MID project reiterates and emphasizes the importance of the conference generally and of discussing electronic discovery specifically. In particular, the required topic list includes custodians, search terms, the use of technology-assisted review, and the form of production.

Accordingly, litigators should seek to a) get buy-in from opposing counsel on the most efficient and cost-effective discovery strategies available, including technology-assisted review; b) negotiate acceptable compromises on collection scope and methodology, among other topics; and c) before incurring any related discovery costs, identify issues that need to be addressed by the court. In fact, the final point is actually required by the project’s dispute resolution procedure.

Any dispute arising out of the initial discovery responses or Rule 26(f) conference must be presented in a single joint motion stating the parties’ positions. The motion should attach relevant excerpts from the discovery responses. It must also include a Rule 26(g) certification of counsel.

The MID pilot project documentation includes a Users’ Manual. While primarily focused on the parties’ duties, the Manual also sets out the responsibilities of the court. Pertinently, judges should “monitor the parties’ mandatory initial discovery responses” and “make themselves available for prompt resolution of disputes.” The Comments go on to note that the success of the pilot project “depends significantly on early and active case management.”

The Manual also makes clear that parties may be sanctioned under Rule 37 for deficient discovery responses. The Comments emphasize that “the effectiveness of the MIDP will depend significantly on the willingness of judges to impose real consequences.” The usual discovery remedies are available: additional or re-opening of discovery; cost-shifting; exclusion of evidence; and monetary or other sanctions.

It seems safe to predict that requests for extension will be common, since meeting the production deadline will be quite difficult in any case with even moderate ESI volume. It is not hard to imagine scenarios where meeting the production deadline will be literally impossible; high data volume, restoration of archived data, and cross-border data transfer are three situations that come immediately to mind.

However, at this early date in the pilot project there is no way of knowing how receptive judges will be to such requests, even if well-founded. Parties must proceed on the assumption that they will be required to meet the 40-day deadline. At a minimum, they should do everything possible to substantially complete their production and be able to show a good faith effort to fully comply with the requirements.

Compared to the other aspects of the MID pilot project, little attention is paid to the production requirement in the official documentation. One of the primary goals of the project is to shorten the overall case timeline. Although not specifically stated, the accelerated production deadline is presumably intended to effectuate that goal. However, short production deadlines almost always drive costs up. This works against the cost-cutting benefits of the initial discovery responses, mandatory Rule 26(f) conference, and expedited dispute resolution procedure.

The pilot project undeniably poses many challenges. Parties and their counsel will have to work hard and smart in the first few months of the case if they are to meet the project’s requirements and reap its cost-saving benefits. These are six strategies to help you succeed:

The pilot project is of paramount importance to lawyers who practice in the participating districts, but its significance is much broader. Data gathering and assessment are built into the MID project design. We all have a valuable opportunity to learn from its successes, failures, and unintended consequences.

Helen Geib is Of Counsel at law firm Hoover Hull Turner. Prior to joining the firm, Helen was counsel at QDiscovery and Xact Data Discovery, where she consulted on e-discovery matters. She also previously practiced law in the intellectual property litigation department of Barnes and Thornburg’s Indianapolis office where her responsibilities included managing large scale discovery and motion practice. She brings that experience and perspective to her work as an e-discovery professional. She has also provided trial consulting services in civil and criminal cases. Helen has published articles on topics in e-discovery and trial technology. She is a member of the bar of the State of Indiana and the US District Court for the Southern District of Indiana and a registered patent attorney.

How Today's Legal Community is Navigating an Adversarial Court System

5 Bad e-Discovery Habits That Could Be Hurting Your Case