Community, On The Merits, Videos

On the Merits: Flint 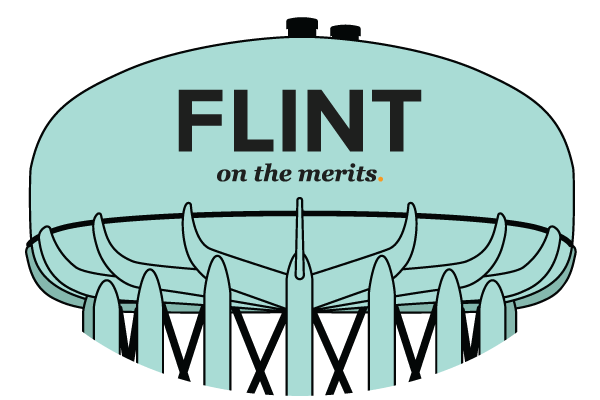 Three and a half miles outside downtown Flint, Michigan, residents file into the town hall. Some come in pairs, others look around for friends and colleagues, and a few sit solo. It is nearing the end of June 2019. Residents wait for updates on a situation that has been at the crux of their lives for the past several years.

This is the story of the city’s water crisis. Read on for more, and watch the documentary embedded above to get the full narrative.

What Happened in Flint

Once a bustling city, Flint served as a major hub for the automobile industry. When manufacturers left, the city’s bright economic future took a turn for the worse, according to CNN.

In April 2014, Michigan officials made a decision to switch the city’s water source to curtail costs. Flint switched its water source from Detroit’s system to the Flint River. The Flint River would be the city’s main water source while a new pipeline from Lake Huron to Flint was being built. The Guardian reports officials estimated this switch would yield $5 million in savings. The city, however, ended up paying a much steeper price.

Officials did not sufficiently test and treat the Flint River water. Residents, though, were told that the water was safe for usage and consumption. Many faced health repercussions from high lead levels and other toxins in the water. These issues ranged from hair loss to behavioral issues in children. In severe cases, PBS reported, residents died from Legionnaires’ disease.

Reports started surfacing in August 2014 about the water’s dangerous toxin levels. The city did not declare the water crisis a national emergency until December 2015. This was more than a year after switching its water source to the Flint River in April 2014 and, in many cases, the damage was already done.

Advocating for the People of Flint

More than five years have passed since the city switched its water source. However, residents are still being impacted—and the legal fight is ongoing. Several law firms are representing residents in a class action lawsuit. Firms are working with Meta-e Discovery to uncover what unfolded in the Flint water crisis. Meta-e is organizing and analyzing documentation related to the case. With it, the legal team will have the information they need to act on behalf of Flint residents.

For Paul McVoy, Meta-e Discovery’s CEO, this case felt close to home. His wife grew up in Troy, Michigan, just 40 miles from Flint. Paul’s decision to take on the case was solidified after a call with a Flint resident.

“The woman’s dog had passed away from the lead in the water. It wasn’t a nice way for her dog to die,” Paul explained.

During the call, the woman became upset. She was pregnant and had been drinking the water from the Flint River.

“She had no idea how her child would be affected,” Paul said. “For us, we were all in. We were going to do whatever we had to do.”

Paul and his team had their work cut out for them in finding the relevant documents. To get a handle of the facts, the team was faced with reviewing thousands of PDFs. These PDFs consisted of emails, Word documents, and test reports, among others. The government put all this information online for the public to access.

“Our legal team, at that point, was just trying to get a handle on what the facts were,” Paul said. “They had a high burden to be able to bring the case on behalf of the people of Flint.”

‘The Arc of the Moral Universe is Long, but it Bends Toward Justice’

We are telling the story of what happened in Flint through the lens of our partner—Meta-e Discovery. This is the first story of our On the Merits series. The series is a new way of storytelling. On the Merits spotlights world events and the people that work to redress wrongs.

As with Paul, our team conducted a series of interviews with people at the heart of this matter. We spoke with residents harmed by the crisis and those who played a role in getting to the truth and finding justice for Flint. Every person we talked to had a unique story to tell. One thing rang true across all parties: the crisis is ongoing.

Our goal is to shine a light on what happened, and the power of community in banding together to move forward. On the Merits will continue to tell stories like this one. Each will be shaped around our north star: “The arc of the moral universe is long, but it bends toward justice” – Martin Luther King, Jr.

On the Merits: Showcasing the People Using Data for the Greater Good