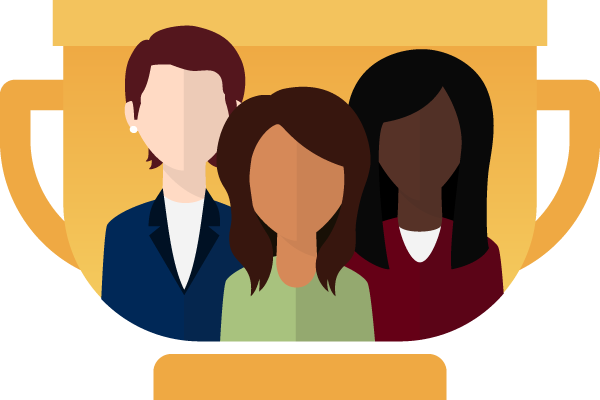 The legal industry has growing female representation. More women are attending law school and making partner at firms. Some are developing innovative tech to tackle the practice of law’s biggest challenges.

More women are entering the workforce across industries—but this does not always equate to more freedom, especially in certain corners of the globe.

Candice Hunter Corby and her team at Cobra Legal Solutions are working to change that. Cobra has invested in progressing women's careers within the company. They are driving autonomy for women in areas of the world where gender equality is an uphill battle.

The legal tech industry often lags when it comes to equal gender representation. However, some companies are recruiting and retaining strong female talent. Cobra Legal is one of these companies, with women making up 80 percent of their workforce.

In its Chennai, India office, Cobra gives all applicants a double-blind test. The test is based on the United States’ Law School Admission Test. The hiring process, thus, becomes simple: it is a numbers game. Those with the highest scores will move forward to an interview.

“We have no idea of a candidate’s gender when we are testing them,” Candice. “It just so happens that we’ve had an abundance of high-scoring women across our testing.”

Cobra implemented measures to ensure the test isn’t skewed in any fashion. Female and male employees regularly assess the test to avoid bias.

“This testing has changed the face of Cobra,” Candice said. “We have a bias toward people that look like us. It was important for us to take bias out of the equation and focus on hiring the best people.”

Fighting Against the Numbers

Recruiting top talent is vital to an organization’s success. What is equally—if not more—important, though, is the ability to retain this talent. Oftentimes, there are personal reasons people leave companies. An opportunity may present itself or life circumstances change. There are times, though, where cultural norms determine whether an employee stays in a role.

Across 80 global countries, women comprise at least 40 percent of the workforce. Yet, India ranks among the top 10 countries with the fewest female workers. Cultural norms play a key role in this variance.

“In India, marriage or having a child can be massive obstacles for women who also want a career,” Candice said. “After marriage, a woman often moves in with her husband’s family and has to forgo her career to become a homemaker.”

So how is Cobra retaining a majority-led female workforce in this climate? The company has measures in place to combat some of these obstacles.

Cobra has the safety of every employee top of mind—both inside and outside the office. The building has biometric technology to grant employees access to certain areas. Additionally, the office has 24/7 surveillance and security. If an employee works late, Cobra sets her up with a taxi or black car service to ensure she arrives home safely.

“Safety is a huge deal in India as violence against women is rampant,” Candice said. “If someone doesn’t come into work one day, we don’t assume they don’t want to be there. We message them and take the necessary measures to make sure they are safe both in the office and at home.”

Additionally, financial autonomy is key in empowering their female employees. Cobra sets every employee up with a bank account with her name. The company pays her salary directly into that account.

“You might think, 'Well, everyone has a bank account.' In India, this isn’t the case. Any dollar a woman earns often goes to her husband or mother-in-law,” Candice said. “When women have financial freedom, they have a choice, which in turn gives them a voice. That voice then creates hope.”

When Hope Leads to Career Progression

This was the experience for Bharathi Arunagiri. After law school, Bharathi joined Cobra’s team as a contract attorney. Throughout her time at the company, Bharathi has gotten married and had a child. Cobra worked with Bharathi to provide childcare and offers flexible hours when needed so she can also grow her career within the company.

Twelve years later, she recently took the reins as director of managed review.

“I’m really excited about my new role. I get to try new technology to take on some big projects with my reports and peers,” said Bharathi said.

One project included teaming up with Cobra's Austin office for a Fortune 50 client.

“We had to find a better way for our client’s legal department to track incoming mail,” said Kassi Burns, director of legal solutions at Cobra.

Their client was tracking their legal-related mail in separate databases. As a result, the legal team was struggling with tracking all this information. Kassi worked with the Chennai team to streamline the process. They created a Relativity database modeled after samples of their spreadsheets. Then, they cleaned up the formatting in the client spreadsheets. This allowed them to upload the already-tracked information directly into Relativity.

“Our attorneys got more exposure to the different applications of tech,” Kassi said. “These opportunities help our attorneys in all our offices thrive and progress their careers.”

What's the Toughest Challenge for Women in e-Discovery?

What Everyone Should Know About the Honorable Shira Scheindlin