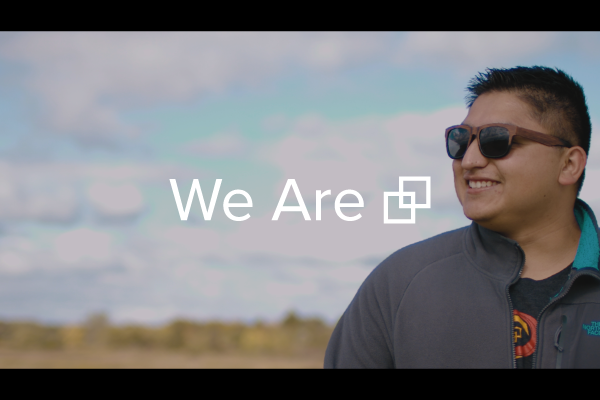 In today’s professional world, organizations are always seeking the best talent. Recruiters sift through countless resumes and cover letters to find the ideal candidate. Often, candidates must check certain boxes to get through that initial screening process. Did they graduate from a four-year university? What internships did they have before? Have they completed this or that training?

Having criteria is important. However, sometimes that can be limiting. As a result, companies are missing talent who come from nontraditional backgrounds.

I am not an expert in the ins and outs of recruiting. What I am is a Marine. I know we bring a unique skillset and dedication to the table. Companies often overlook qualified veterans because they may not hit some requirements. This issue is nothing new. In fact, it has worsened as an increasing number of troops have returned home from foreign conflicts. This practice is to the detriment not only of veterans, but employers who are limiting their talent pool.

The research says it: diverse teams thrive. Companies that only hire from a specific candidate pool may fall behind their peers who see beyond traditional hiring methods.

Before deployment, I went through technical training as a field operator. Essentially, I handled the communications between command and the troops in the field. Six months later, I had my first deployment to Afghanistan.

It’s interesting—like the workplace, I wore many hats. And often, there aren’t enough hours in the day to get everything done. While I was on active duty, though trained as a radio operator, I also handled computer administration for my unit. When we were out on our convoys, I was the machine gunner in my truck. I learned an invaluable skill: “adapt and overcome,” as we used to say. This means being able to shift from task A to task B under pressure. Not only does this give you the ability to do many things, but it proves that a veteran has the ability to learn something new at an accelerated pace.

Communication for any role is important. However, the stakes are high in the military. Failing to share accurate information can hinder a mission’s success or someone’s life, according to my colleague, Carl Redding. A fellow veteran, Carl is part of our Relativity Fellows program. The program provides training and employment for motivated individuals from overlooked communities. After working in the restaurant industry for years, Carl joined the military during 2008’s Great Recession.

“Enlisting was something that was always on my mind; being in the military was a common path for my family,” Carl said. “What drew me was the ability to develop my character and give back to the community.”

During his active duty, Carl had to be an expert in communication. Carl referred to himself as a multilingual asset. This meant Carl would share communication between different branches—Air Force, Army, Navy, Marines.

“I was operating in an atmosphere where communication was imperative,” Carl said. “I would translate messages from the Army to the Air Force, for example. I did appropriate adjustments of measurement, like meters to feet or what have you.”

Having a solid team that looks out for each other and complements each other’s working styles is key. It is important for any environment—the military, or a software company.

Helping the Next Person in Line

After the military, I saw the challenges my friends faced when trying to get a normal job in the “civilian world.” For me, I delved into cybersecurity after service. However, this isn't the case for many veterans. And, even if you have your degree, you may feel like you are years behind others who went straight to college following high school. This is an issue many veterans face as they experience a learning curve when transitioning from the military to school. This is challenging for many reasons. One: They have to go back and relearn many of the things that they already knew from their previous educational background. And two: It makes them lose hope. Many push through this challenge because it is necessary to have that financial security.

For Carl, his path was untraditional. Carl went back into the restaurant industry immediately following his service. But he was increasingly interested in coding and the tech industry.

“I didn’t think of tech as a possibility because I don’t have a four-year degree,” Carl said. “I saw Relativity Fellows on Instagram and threw my hat in the ring. There are a lot of talented people out there who don’t have that college accreditation. As a part of this program, I want to help open doors for others out there.”

Whenever I talk to veterans, I tell them to not give up. Trust me, there were some days when I couldn’t take another rejection or work at a job where I didn’t feel challenged. But keep applying. You will find that fit where you can excel and provide value. Keep going, and when you get there, don’t forget to help the next one in line.

5 Lessons Learned in the Transition from Developer to Leader

Having Her Voice Heard: How Aidana Om Inspires Women and Girls across the Globe

Adapt and Thrive in a New Normal: Improv Tips from Blair Heidenreich