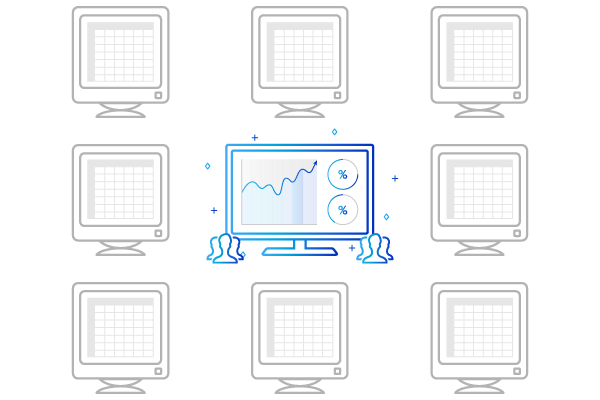 Editor's Note: Originally published last year, April's tips for making enduring changes to your legal team's strategy still ring true. Follow along with an upcoming conversation on the legal industry's move to the cloud to see how other teams are handling (or not) today's evolving tech landscape.

If only implementing legal technology change were as simple as buying new equipment and plugging it in. But simply having the right solution isn’t enough.

Organizational change starts with individual change. So whether you’re pushing through a new legal operations process or transitioning to new technology, a smart project plan includes adoption of the “new way” in its definition of success and dedicates resources for change management—the people side of change.

Before you dismiss change management as too soft or “woo-woo,” consider: CEB reports that employees suffering from change-related stress perform five percent worse than average; this equates to a $32.5 million impact to the bottom line per $1 billion in revenue.

Change management won’t magically make everyone happy about every change, but it does lessen stress by putting structure around people’s transition from current state to future state. It means understanding employees’ mindsets about a change, addressing their fears about what it’ll mean for them, removing roadblocks to complying, and training them for success.

How do you ensure your next project isn’t sidelined by lack of adoption? Here are five musts when embarking on a change:

Year after year, research firm Prosci finds the number one greatest contributor to project success is active and visible executive sponsorship from a senior leader with appropriate influence. This person should have authority over budgeting and the people who will be affected by the change.

The sponsor’s role? Sign project checks, yes. But also: participate actively and visibly throughout the project, build a coalition of sponsorship and manage resistance, and communicate directly with employees when necessary.

2. Bring people along with you.

It may feel like the change you’re proposing is inevitable and obvious. But remember that there may be people who’ve built their careers and professional identities on being the go-to person for the program or process you’re sunsetting. To these folks, the change is personal. Remember to be sensitive that people aren’t just resisting change, but may fear they’ll become obsolete along with the technology.

“Early on, if you sincerely listen to and consider their input, your project’s biggest detractors can become some of your best change champions,” says Kamran Tariq, senior vice president of enterprise change management at Northern Trust, a global bank based in Chicago.

With any change, the biggest question people have is “What’s in it for me”? Be clear about what this change means for different groups, and repeat it often.

For example, if you’re introducing analytics into your e-discovery process, that’ll mean less “junk” clogging up the review queue and higher likelihood that documents they review will be relevant to your case.

“Lack of awareness” is cited as the top reason employees resist change, according to Prosci. Communication is always key—but especially during times of transition.

During and surrounding the project period, make sure you’re steadily spreading messages about the change through different channels—like your intranet portal, newsletter, staff meetings, one-on-one meetings, or on your digital signage.

And when messages are personal—impact the employee, team, or day-to-day responsibilities—employees highly prefer to hear them from their direct manager.

Depending on the complexity of the change, the most successful project plans include training programs that cater to the various types of learners—whether they prefer “show me,” “tell me,” or “let me do it.” Training could mean demos, live webinars, or in-person training—one on one or in groups.

Whenever possible, remove duplicate systems during transition so there’s no workaround or risk of people “opting out” of the change. In e-discovery, this might mean taking the plunge to migrate over existing cases from a legacy platform to a better one.

The good news is solution providers don’t want you to purchase something that sits on the proverbial shelf; when your organization makes an investment in a new tool, you’re often buying a whole support model and community ecosystem, including change management or adoption services.

Change is a process—and it takes a village.

Adopting a Growth Mindset for the New Year

Making a Case for Machine Learning to Legal Departments

A Changing World: Ralph Losey on "Stepping In" for e-Discovery