Activist Judges?: University of Florida Examines e-Discovery--and the Role of Judges in It 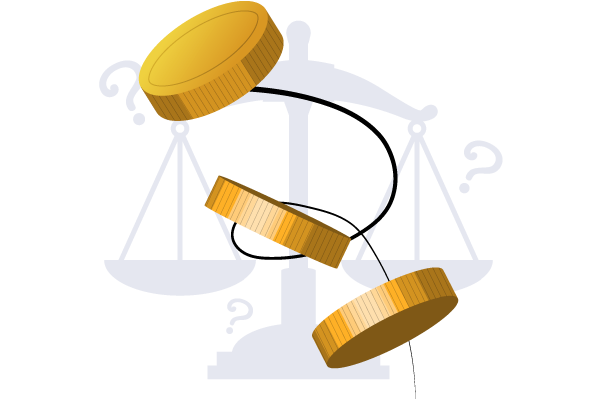 Just how active should judges be in the e-discovery process? It’s something that’s been pondered for years—perhaps most notably in the debates leading up to the 2015 e-discovery amendments to the Federal Rules of Civil Procedure.

Judges are often the guardians of justice for society. Thus, it’s reasonable to ask whether they should be forced to waste their time with games of rock-paper-scissors to settle discovery disputes between litigants in overzealous combat.

On the other hand, discovery is arguably the most important part of litigation. Shouldn’t judges undertake an active role?

By the way, that rock-paper-scissors reference is, quite sadly, a true story from an actual case, as we’ll see below.

In a series of law review articles in the University of Florida Levin College of Law’s Florida Law Review, Florida Law Review Forum, and at its upcoming Eighth Annual E-Discovery Conference on March 18, the law school is examining the role of e-discovery in the legal system. One of the articles, Activist Judges?: Technology, Rule 1, and the Limits of Judge Matthewman’s New Paradigm for E-Discovery, written by this author, examines the role of judges as technology has changed the legal landscape of discovery.

In his 2015 Year-End Report on the Federal Judiciary, Chief Justice of the United States John Roberts commented on the 2015 amendment to Fed. R. Civ. P. 1, and wrote, “Rule 1 of the Federal Rules of Civil Procedure has been expanded by a mere eight words, but those are words that judges and practitioners must take to heart,” adding that the “words make express the obligation of judges and lawyers to work cooperatively in controlling the expense and time demands of litigation.”

The chief justice indicated how important he believed the 2015 e-discovery amendments were when he continued, “I cannot believe that many members of the bar went to law school because of a burning desire to spend their professional life wearing down opponents with creatively burdensome discovery requests or evading legitimate requests through dilatory tactics.”

As e-discovery professionals, is that what we’re doing?

In 2021, it’s trite to say that technology and the pandemic have changed the way legal teams and courts operate—but it’s true. As Victoria Hudgins has reported in Legaltech News, they changed fundamentally the way court proceedings take place. How should judges address these changes?

Chief Justice Roberts believes judges should have an active role in meeting Rule 1’s call for “the just, speedy, and inexpensive determination of every action and proceeding,” but how active should that role be?

The genesis of the Activist Judges? article was U.S. Magistrate Judge William Matthewman’s Florida Law Review article, Towards a New Paradigm for E-Discovery in Civil Litigation: A Judicial Perspective.

Judge Matthewman’s “New Paradigm for E-Discovery” is comprised of 10 “Core Components,” ranging from proper and timely preservation to targeted and precise discovery requests to professionalism and cooperation.

The judge’s Core Component 10 is “Active Participation of Judges in the Discovery Process and Prompt Resolution of Any Discovery Disputes by the Court.”

So we have Judge Matthewman, a highly respected jurist—and the author of one of 2020’s most noteworthy e-discovery decisions—as well as the Chief Justice of the United States calling for active judicial involvement.

Perhaps that settles the issue?

Judge Peck’s take is worth noting. In his article, Judge Peck, the author of landmark e-discovery decisions himself, opined that Core Component 10’s call for more active judges is “unfortunately” the most important of the New Paradigm—unfortunate because judicial resources are scarce.

In addition, a trip through the trials and tribulations of case law can be informative.

U.S. Magistrate Judge Peggy Leen wrote famously in Mazzeo v. Gibbons, No. 08-cv-01387 (D. Nev. July 27, 2010), that a magistrate judge is “not the Maytag repairman of federal judges desperately hoping for something to do.”

Citing Judge Leen, U.S. Magistrate Judge Nancy Koppe wrote in Olesczuk v. Citizens One Home Loans, No. 16-cv-01008 (D. Nev. Nov. 4, 2016), a “pillar of federal litigation is that ‘discovery is supposed to proceed with minimal involvement of the Court” and that “discovery disputes should be presented to the Court only as a last resort and only when the underlying dispute implicates truly significant interests.”

In Avista Management, Inc. v. Wausau Underwriters Insurance Co., No. 05-CV-1430 (M.D. Fla. June 6, 2006), U.S. District Judge Gregory Presnell (M.D. Fla.) described the inability of counsel to agree on the location of a FRCP 30(b)(6) deposition as “the latest in a series of Gordian knots that the parties have been unable to untangle without enlisting the assistance of the federal courts.”

To resolve this weighty matter, Judge Presnell issued a novel order: “Each lawyer shall be entitled to be accompanied by one paralegal who shall act as an attendant and witness. At that time . . . counsel shall engage in one (1) game of ‘rock, paper, scissors.’ The winner of this engagement shall be entitled to select the location for the 30(b)(6) deposition.”

However, Judge Brown noted shortcomings in using rock-paper-scissors as a means of dispute resolution and opined on a better remedy: “Unfortunately, ‘rock-paper-scissors’ involves human variables that render it less than ideal as a dispute-resolution device. The instant matter may be better resolved, in this Court's view, through the use of coin flipping, a commonly-used practice that employs an item manufactured to exacting standards by the United States Mint.”

Judge Brown proceeded to order counsel to flip a coin to determine the order of depositions, writing, “Hopefully, this procedure will demonstrate to counsel that—in lieu of costly motion practice—matters can be resolved with an investment of twenty-five cents.”

These procedural fact patterns may be atypical, but they illustrate the justified exasperation of some judges. As Judge Peck wrote, judicial resources are scarce.

Of course, judges could spend less time refereeing discovery disputes if counsel and their clients would keep up their end of the Rule 1 bargain and embrace cooperation. At the 2014 Relativity Fest Judicial Panel, the audience was treated to the wit and wisdom of the Honorable David Waxse on the issue.

As noted above, the Eighth Annual University of Florida Levin College of Law E-Discovery Conference will take place on March 18. The conference is virtual and free this year, and you can register here.

We’ll be discussing the role of judges in e-discovery—as well as e-discovery topics ranging from artificial intelligence to the e-discovery job market.

There may even be commentary on the jurisprudence of rock-paper-scissors.