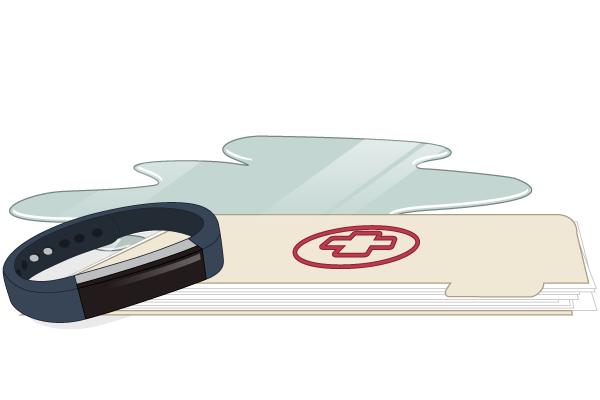 Editor’s Note: This article was originally published in Legaltech News.

Over the years, more than one defense counsel has uttered in disgust during discovery, “That plaintiff requested everything but the kitchen sink,” as her e-discovery team began to organize, discover, and produce responsive electronically stored information.

However, in 2018, large corporate defendants aren’t the only ones with big data. Even solo personal injury litigants create substantial stockpiles of electronic data, and plaintiffs aren’t the only ones making broad e-discovery requests—as one litigant learned recently after dining at Denny’s, alleging injury, suing the restaurant chain, and getting discovery requests for everything from her Facebook account to her Fitbit data.

Founded in 1953 as the Lakewood, California, doughnut stand Danny’s Donuts, and now an international restaurant chain, Denny’s has become somewhat of an American institution.

As the company grew, it changed its concept and its name to Danny’s Coffee Shops, and later—to avoid confusion with a Los Angeles establishment, Coffee Dan’s—to Denny’s Coffee Shops and eventually to Denny’s. Denny’s has grown to a massive operation with over 1,700 locations, including franchised restaurants.

Branding itself “America’s Diner,” Denny’s is a home of artery-clogging goodness with such staples as the Grand Slam (named in honor of baseball legend Hank Aaron), Moons Over My Hammy (Hint: There’s pork in that vintage movie reference), and Strawberry Pancake Puppies. To be fair, we should note there’s also a Fit Fare menu with delights such as the Fit Fare Tilapia Ranchero.

Denny’s has served millions of Grand Slams over the years, but one customer in Las Vegas alleged she sustained a grand slam right onto a slippery Denny’s floor.

On the afternoon of February 22, 2016, Monica Hinostroza of Brockton, Massachusetts, was dining with friends in a Las Vegas Denny’s before her flight home when she said she noticed an error on her check and began walking to the Denny’s cashier to resolve the matter.

Hinostroza alleged that, as she and her friends walked to the cashier, she slipped on a liquid substance on the floor. She was subsequently transported from Denny’s to a local hospital via ambulance.

Hinostroza sued Denny’s and others in Nevada state court, alleging as a result of Denny’s negligence, she sustained an S4-S5 fracture, sacral and low back pain, anxiety, stress, and depression.

Everything But the Kitchen Sink

Denny’s removed the case from state to federal court based on diversity jurisdiction and then made discovery requests for various types of data, including medical records, text messages, and social media evidence. Not surprisingly, Hinostroza made various objections.

Counsel for Hinostroza and Denny’s met and conferred three times, attempting to resolve their discovery disputes. The efforts failed, and Denny’s filed a motion to compel.

In considering Denny’s motion to compel, U.S. Magistrate Judge Nancy Koppe referred to the 2015 e-discovery amendments to the Federal Rules of Civil Procedure, and noted, “The most recent amendments to the discovery rules are meant to curb the culture of scorched earth litigation tactics.”

Citing Roberts v. Clark Cty. School Dist., 312 F.R.D. 594 (D. Nev. 2016), Judge Koppe said the amendments were designed to end scorched earth litigation “by emphasizing the importance of ensuring that the discovery process ‘provide[s] parties with efficient access to what is needed to prove a claim or defense, but eliminate unnecessary or wasteful discovery.’”

The judge noted five of the six factors for analyzing proportionality under Fed. Civ. R. P. 26(b)(1):

Interestingly, she didn’t include the second 26(b)(1) factor, the amount in controversy.

The court then considered the various Denny’s discovery requests:

Medical and Insurance Records: Denny’s sought Hinostroza’s medical and insurance records for a 2015 auto accident and two slips and falls in 2012. Hinostroza argued that Denny’s “only basis for seeking the insurance file is Defendant’s assumption that Plaintiff is lying” (emphasis in original).

Denny’s countered that—although Hinostroza denied sustaining any injuries or receiving any treatment from the previous auto accident—it should be allowed to verify this information through discovery of accident reports, medical records, or the records of her adverse insurance carrier.

Applying principles of proportionality, Judge Koppe noted that courts in the U.S. Ninth Circuit Court of Appeals—which includes Nevada—have held that medical records from three to 10 years prior to an accident are discoverable. As a result, the court ordered Hinostroza to produce or sign releases for the medical, police, and insurance records from the 2012 and 2015 incidents.

Text Messages, Emails, and Other Written Communications: The court issued a split decision on this one. Denny’s had sought any text messages, emails, or other written communications between Hinostroza and her lawyers and friends who were with her at the Las Vegas Denny’s. In addition, Denny’s sought all text messages and emails Hinostroza sent in the 48 hours after the incident at Denny’s.

Citing Franklin v. United States, No. 1:10-00142 (D. Nev. May 10, 2013), the court said, “Phone records are discoverable if the request is narrowly tailored in date and time and relates to a key issue in the case.” In addition, the court cited Allstate Ins. Co. v. Nassiri, No. 2:08-cv-00369 (D. Nev. Jan. 21, 2011) for the proposition that discovery of telephone records should be limited to records that have some bearing on the claims or defenses of the case.

Fitbit Data: Denny’s argued it should be able to get Hinostroza’s activity tracker data for the five years before the incident because “if Plaintiff is walking/running miles every day, then this would affect the validity of her claim.” Hinostroza said she had no such data “in her possession, custody, or control,” but would supplement her response if needed. Because the court said it didn’t have enough information to determine if Hinostroza had conducted a reasonable search for this type of data, the judge instructed Hinostroza to supplement her answer by July 20, 2018.

Social Media Data: The court issued a compromise decision here as well. Denny’s had sought all social media data from any account Hinostroza had for the five years preceding the incident. Although Judge Koppe granted Denny’s request for social media discovery, she limited the scope of discovery—both in terms of date range and in method of collection, review, and production.

“Social media discovery must allow the requesting party a sufficient sample size from which a potential pattern of content could reveal an emotional or mental state or physical capability that undermines a party’s claim.”

Although Judge Koppe noted that courts have ruled that one year of social media discovery is reasonable, she ordered discovery of Hinostroza’s social media data for a period of February 22, 2015 to the present—longer than the one year of data in the cited case law, but shorter than the five years Denny’s requested. However, the judge didn’t just give Denny’s the data. Instead, rather than granting Denny’s request for Hinostroza to produce five years of social media data, Judge Koppe ordered Hinostroza’s counsel to review all of her social media data (as opposed to Denny’s counsel reviewing it) and produce responsive data for the shorter period of time, but the judge reminded counsel of the duty of candor.

Employment Records: Denny’s prevailed on this one, with the court ordering Hinostroza to execute a release for Denny’s to obtain the records, holding that they were “directly relevant, and thus, discoverable.”

In litigation, we have a long history of so-called “asymmetrical discovery,” where one party—usually a corporate defendant—has voluminous amounts of data, and the other party—usually an individual plaintiff—has only a small amount of digital data.

Our first takeaway from Hinostroza is that—although asymmetrical discovery still happens in many cases—even an individual slip and fall plaintiff usually has more electronically stored information than just a few years ago.

Another takeaway is the various forms of data in e-discovery. We’re no longer in the discovery world of “Produce your email and paper docs.”

The discovery dispute in Hinostroza included email, texts, social media data, and even Fitbit data. It’s a sign of things to come.

Finally, Hinostroza is an adventure in proportionality. Denny’s wanted all social media data and Fitbit data for five years. The company didn’t get it. The court also rejected Denny’s attempt to get all texts and email for the 48 hours after the Denny’s dining debacle.

Moral of the story: If you go for a grand slam of everything but the kitchen sink during e-discovery in this era of proportionality, you’re probably not going to get it.

Apple's Patent Fight with the University of Wisconsin Has an e-Discovery Angle, Too