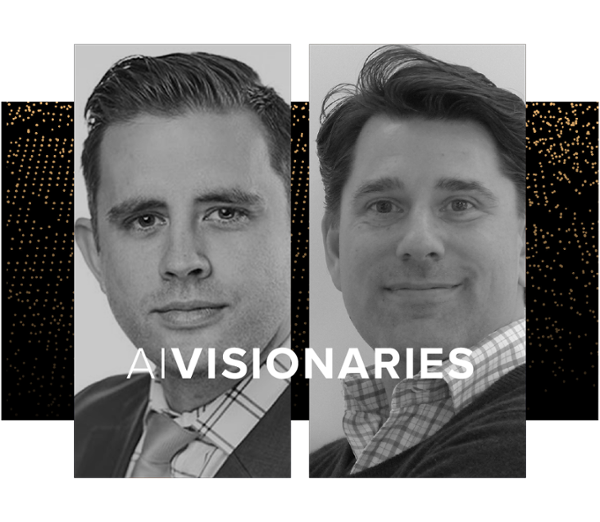 In-house legal teams might get a bad rap for being slow to adopt new tech to improve old techniques, Jeff Salling and Maurus Schreyvogel find that Novartis teams are ready and willing—if they’re presented with the right proof points, not just big promises on flashy features.

Jeff: There are many reasons that keep legal from changing. One common structural barrier is that the law department’s relationship with IT (and other tech-enabled groups) may be lacking. Another barrier may be risk aversion (after all, change requires some risk). We also believe that time is a major factor. Our attorneys are extremely active, and trying to find time to learn a new technology or workflow is very difficult. We are very fortunate to have a responsive partner in IT, who is open to change and learning our needs.

Maurus: Adding to Jeff’s statement, there’s the fact that there was no perceived need for us to change. The way we had been working was well accepted by other functions and external stakeholders. Somehow, we have been operating in a mystical bubble that was not challenged. Operating in this bubble enabled us to continue to do what we loved to do: solve complicated legal problems. Recent macro-economic developments (climate change, people movement, shortage of supplies, the COVID-19 pandemic), and legal role models cutting over to commercial executive positions made legal professionals rethink their positions.

Jeff: True; ultimately, we adopted AI to better serve our clients and end users. It was clear as a young attorney that the internet and emails were going to revolutionize business. From there, it was only natural to jump into data and AI. We are always looking for the most efficient and compliant way of solving a problem. AI allows legal to do that in many ways—and many more to come. Jumping in early allowed us to bring solutions that had never been done before. The modern in-house lawyer is a business partner, and that is a key mindset to cultivating change.

Maurus: As Jeff suggested, AI is a logical place to go for brainworkers. Many of our current projects aim to harmonize, simplify, and automate rote activities to free up legal professionals to focus on activities that require more judgment. In parallel, we are exploring ways for legal work to be interpreted differently. Instead of working on transactional levels, we are trying to get legal professionals to work at enterprise levels. This requires that we interpret large data collections to detect trends, allowing us to work in a more predictive manner. An example that we are “about to crack” is to provide contract template curators (i.e., the people responsible for reflecting company positions in contractual frameworks) with real-time, transactional information on how their contract templates are used on the frontline. This should help us to adapt templates quickly to the marketplace’s changing requirements by training the associates that negotiate these templates on corporate standards.

When working on this, we realized we do not have a contracting culture in place yet—which means a framework of answers to questions like: Are we expecting our people to negotiate to win or should they negotiate to develop solid, long-term relationships with partners? And based on what criteria should we decide what approach is the best for a given situation? Really cool stuff to uncover and resolve in the process of building this solution!

How can the legal sector acclimatize to rapidly changing technology?

Jeff: Hire translators—and no, not for foreign languages. Some of the slowness to adopt is based on technical people not being able to translate the benefits of their technology into legalese, or from technical people not understanding the underlying needs of legal. It is crucial to have people who can facilitate within both groups. I will add that some attorneys were coaxed into technology that over-promised and under-delivered, which has only led to more skepticism. So, I would say more realism and honesty wouldn’t hurt either.

Hire translators—and no, not for foreign languages. Some of the slowness to adopt is based on technical people not being able to translate the benefits of their technology into legalese, or from technical people not understanding the underlying needs of legal. It is crucial to have people who can facilitate within both groups.

In that context, can you share any anecdotes or lessons on how the two of you drove the adoption of new technologies such as AI? What lessons have you learned from your experience with AI so far?

Jeff: We would combine these questions by answering that we test, we sell, and we admit when we are wrong. First, we go through significant testing before rolling anything out. Next, we take the learnings and “sell” them to our stakeholders. To invest the time in learning and adopting the new tech, they need to understand what is in it for them. We need to ensure that there is really a tangible benefit for our clients instead of merely a perceived benefit. And finally, we know we aren’t always going to be right. If we misunderstood the need, our infrastructure was too complex, or the technology just is not where we were told it was, we are not afraid to end the project. The tech will get there; we don’t need to jump the gun.

Maurus: An additional learning for me is to never underestimate the complexity inherent to asking people to change their behavior. Legal professionals need to learn to collaborate with technology. Until now, they used technology to achieve a certain outcome; they need to learn that this is an iterative process in order to maximize outcomes. At the same time, we are changing from being counselors to the business to being collaborators with colleagues representing other functions. So, we are about to fundamentally change the way we work, and this will take time to digest, learn, and adopt.

Novartis is based in Europe, but maintains a considerable market and operation in the US. How do you navigate the legal, regulatory, and cultural differences between the two worlds? How do you stay on top of everything despite these differences?

Jeff: To be honest, it is engrained in the culture such that it comes quite naturally. We have a robust privacy team that sits in legal and allows for close collaboration and partnership. We have team members sitting in numerous countries who understand local requirements and are ready to help.

Maurus: Agreed, and to add: it is not just the US and EU, but many other places as well. If we look where we anticipate commercial success to be in the coming years, US and EU will be in the top 10 markets but likely no longer in the top three.

For legal professionals who are passionate about technologies such as AI, is there an opportunity to further one’s career by working more closely with it and evangelizing its use?

Jeff: One hundred percent. The question isn’t if; the question is, are you willing to put in the extra time to understand the moving pieces and take the risk of trying something new?

Maurus: And we will continue to create new roles and jobs (and likely entire job families that do not exist today) that will reflect this opportunity. Take the company Flightright, as an example; it’s an entire company built on a relatively minor legal issue but bundled together an interesting commercial opportunity.

What have you learned from your experience at Novartis so far? What wins are you most proud of?

Jeff: We have learned that we are too complex to use some tools. We learned that many tools are unethically over-promised. Most importantly, we learned that lawyers aren’t as averse to change as originally thought. They just need information, support, and accurate and meaningful ROI.

We are proud to implement TAR in our discovery handbook and to have completed one of the first automated privilege logs. We are also proud of the different AI tools we are using around privacy identification and redaction. Overall, our biggest accomplishment is working on tech solutions that have never been done before.

Maurus: My biggest learning is on change management, after trying to push innovative ways of working on the function for a couple of years with limited success. We approached our function in 2017 with the mid-term prognosis that we did not have enough legal professionals to support the product launches between 2020 and 2025. We asked the function to participate in an activity analysis and, in return, we would develop alternative delivery models for activities that were of low strategic value and did not have a big risk impact. Ninety-three percent of the function participated in this activity analysis, and subsequently we no longer had to push innovation to the function—instead, legal teams around the world approached us to ask whether we could help them simplify or automate a specific activity. In short: we explained why instead of just presenting cool tools we were hoping people would adopt.

What were your interests early on and what drew you to the practice of law?

Jeff: Nothing related to tech. I watched Law & Order with my dad and wanted to be a prosecutor.

Maurus: I wanted to be a drummer but was distracted by law school, and since law school costs money, I needed a student job. I got lucky and found a job where I had to install Windows NT on 5,000 computers. This job paid for my first year of law school and I was intrigued by what these machines could do, and this followed me through my entire career.

What do you do when you are not working? How do you decompress?

Jeff: What is not working?

For me, my decompression time is mainly spent with my family and exercising. Luckily, I am generally able to incorporate at least one of my family members into my gym time. We also spend time giving back to the special needs community. I also recently audited a Coding Class for Lawyers at Harvard. My feedback was to rename the course Coding Class for Coding Gurus; I did not take to coding as I had hoped, but learned a lot.

Maurus: I volunteer quite some time to programs like Law Without Walls, which technically does not qualify as decompression time—at least according to my wife—but it is for me. The remaining time I spend outdoors with my wife and our two boys. We like everything that can be done in the mountains: hike, run, ski, bike.

Which historical figure do you most identify with?

Jeff: That is a tough question. While there are many differences with most historical figures, the play Hamilton showed me that we had several things in common. Most notably, we think that people are capable of much more than they’re already doing (in discovery and life). Additionally, he was an attorney, from an impoverished area, who believed in the importance of understanding finances and documentation.

Maurus: I admire people who challenge the status quo of their profession. Early on in my career I felt like an alien in my profession because I always seemed to be the only one interested in continuous improvement or operational excellence—to an extent that I nearly gave up, concluding this is not important in law. A rotation to internal audit gave me the confidence to go back and try again, try harder, and be bolder about my ideas on how law should be practiced. Innovators like Henry Ford, Billy Beane, Bertrand Piccard, and Nicolas Hayek inspire me.

Building a Better Ballard Through Diversity, Equity, and Inclusion, and AI

AI from A to Z: Visionary Brett Tarr on High-Tech e-Discovery, Privacy, and More

Debevoise & Plimpton's Avi Gesser on How AI Inspires the Curious

AI Visionary Maria Earley is Motivated by Humanity and Fairness