How to Defend (and Advocate) During International Discovery 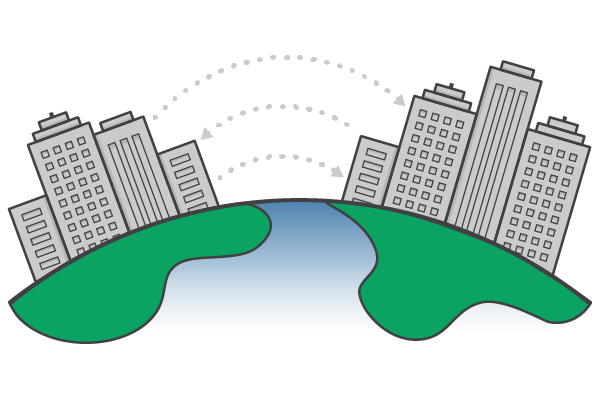 With data proliferating in volume and reach, more organizations finding their business dealings crossing international borders, and an increasingly scrutinizing regulatory environment, international e-discovery is becoming the name of the game for many legal teams.

Unlike cases overseen by single jurisdictions, all simplicity flies out the window when two or more countries’ legal systems are involved. So how are modern organizations understanding this complicated landscape—and preparing themselves to face it?

At the International Panel at Relativity Fest 2019, speakers discussed the current state of international e-discovery and how legal teams can work proactively to manage it as effectively as possible when litigation comes knocking.

In this first post of a two-part series covering the panel, let’s take a look at what these voices had to say on the offensive and defensive considerations of international e-discovery. Come back soon for part two.

Kicking off the panel, Chris talked through the recent history of international e-discovery and invited the other speakers to lend their thoughts on its current state.

“The EU has flexed its muscles on data privacy and protection, as have other bodies like Australia and a few in Asia. There have been numerous cases where a balance was set up between the US courts’ needs and those in the rest of the world,” Chris began. “Conflicts arose between honest American lawyers trying to do their job collecting data, and unelected European bureaucrats standing in the way. There’s been a gradual acceptance in the US over the years that privacy is worth fighting for, and a growing awareness that the costs of unrestrained discovery are untenable.”

“Can we talk about the culture shock of e-discovery? In France, Germany, and many countries, if you sue someone, you don’t get to see their data just because you sued them,” Manfred added. “You don’t get access to the data before the trial—the judge or the tribunal will request evidence production from the parties. So a lot of my time has been spent walking people who are not used to US discovery through the expectations of it.”

But things are looking up, expectations-wise: “In the last five or six years I’ve seen people becoming more sophisticated—especially international businesses—around handling US litigation,” he said. “No one thinks you can create a legal or business strategy that protects your company from the US having reach for litigation.”

“It’s always interesting to hear these kinds of discussions because Canada has a mixture of the European perspective when it comes to privacy, and a little of the US litigation culture,” Kelly interjected. A combination of privacy and proportionality concerns that echo European tendencies, as well as cultural norms that somewhat reflect the openness to litigation and exchange of information found in the United States, contributes to this “hybrid” status.

On the subject of the GDPR, the panelists had mixed input.

“I think we’ll all agree that the fines we’ve seen thus far around GDPR are the right ones,” Chris initially suggested. “So I think we can leave GDPR fines behind us, not talk so much about rules and law but about practical things—what all of us are doing and seeing, and what clients need and want.”

“I have to disagree that GDPR fines are sufficient,” Meribeth objected. “They might be against the right people, but I don’t think they’re sufficient when you look at what they could be.”

Either way, the GDPR isn’t the only issue at the forefront of international discovery these days.

Meribeth went on: “What’s changing from a US perspective is to ask what European clients think about the cloud.” Different jurisdictions have different rules when it comes to where data is stored and how it’s moved, she said, so “It’ll be interesting to see how cloud acceptance develops for these regions over the next 12 months.”

Even as the horizon shifts and changes, organizations can prepare themselves for future litigation and investigations by building good habits into their legal and technological functions. Operating with an internationally aware mindset can protect businesses now and into the future.

For instance, take proportionality. Proportionality, when it comes down to it, should be the central concern of legal teams conducting e-discovery across borders. Keeping it in mind—think “just, speedy, and inexpensive”—will help case teams minimize costs without sacrificing the value they pull out of discoverable data. But it isn’t easy to hold everyone accountable to this interest.

Fortunately, proportionality doesn’t simply begin and end once a suit has been filed.

Foreshadowing the proportionality argument, data minimization as a business practice can help keep e-discovery manageable down the road—whether you’re working with an international matter or not.

“If you’re working with clients from the start, you can be more proactive to help them reduce data from the beginning and conduct information governance,” Meribeth suggested. “You now have a monetary and reputational reason to get yourself organized when it comes to data.”

Chris concurred, with a succinct closing thought on the subject: “Keep less stuff.”

When international litigation does occur, the best thing legal teams can do is have the right expertise on hand. Rather than executing on every case with a similar gallery of experts, modern organizations need to be willing to bring in the right outside expertise when faced with the unique challenges of international legal matters.

Doing so can mean the difference between building a good strategy and knowing what they’re getting themselves into when it comes to juggling multijurisdictional considerations, and facing severe sanctions for misunderstandings and missteps.

“Make sure to get local advice on these issues,” Judge Peck suggested. “American lawyers may know a little about [what you’re dealing with], but there’s nothing like getting the advice of someone on the ground in Germany, for example, who knows the local culture and data privacy officials. They can also help keep the court involved and educate you on the fundamental human right of privacy in the EU.”

This goes for both sides of the proverbial pond, of course.

“You can see echoes of this in cases with Germans conducting e-discovery,” Manfred said, for his part. “For example, the Pradaxa case. There, Germans were given hefty fines for e-discovery, and it all came down to people just not being able to wrap their head around what American attorneys wanted them to do.”

Getting real-time, in-the-weeds perspectives on these kinds of expectations and how they apply to your individual case can be a game-changer in what’s naturally a very stressful setting.

And on the subject of stress, Manfred had a suggestion for that, too: “If you’re involved in international discovery, make sure you are present where the data is collected. At least get a trip out of it!”

Stay tuned for part two of this coverage, in which we’ll highlight some of the standout challenges of modern international e-discovery—and how savvy teams are tackling them.

Connecting the Dots Between e-Discovery, Information Governance, and Cybersecurity