Kimberley Motley: An Attorney You Need to Know 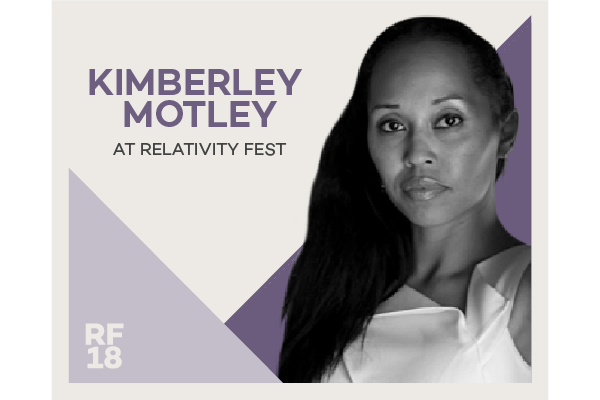 Editor’s Note: Kimberley Motley is the first foreign lawyer in Afghanistan, and we’re pleased to announce her as one of this year’s Relativity Fest guest speakers. In today’s post, we’re talking about the documentary Motley’s Law to give you a snapshot of who Kimberley is and why we’re so excited to meet her. You can watch Motley’s Law on Amazon.

The documentary Motley’s Law opens with our heroine Kimberley Motley returning to her part-time home in Afghanistan, only to find that a grenade had been thrown through her window while she was away.

“You guys are acting strange. What’s the problem?” she incredulously asks her driver Khadir and her assistant Khalil, two men afraid to go near the building.

Luckily, the grenade didn’t detonate and only shattered a window. But the danger feels all too real.

It’s a chilling snapshot of what Motley lives through nine months of the year, working in Afghanistan as a litigator and human rights lawyer.

But, we quickly learn, Motley is not easily shaken.

"I can’t let this stuff affect me. Because I’m going to keep doing this. I might change up some things, but I’m not going to stop doing this,” she says. “They have a bunch of bombs and free time, so they want to blow [stuff] up.”

It’s this tenacity, grit, humor, and salty language that make Motley such an inspirational, endearing, and yet relatable character.

In fact, she’s like so many of us in so many ways—something the filmmakers drive home by splicing and dicing Motley’s reality in Afghanistan between shots of her reality at home in Wisconsin.

There, she’s a soccer mom, taking her kids out for ice cream and helping her eldest daughter pick colleges. Here, in Afghanistan—home of one of the most conservative and male-dominated legal systems in the world—she’s standing up for her clients as the only female lawyer in the room. She’s reacting with alarming nonchalance to bombings down the street, on the very steps she just walked. And she’s leading jirgas—tribal councils of men—and then going home to her apartment to unwind with a bottle of wine.

What Brought this Midwesterner to the Middle East?

Motley unabashedly admits that money was the one and only reason she left Wisconsin’s Public Defender’s Office for Afghanistan. Prior to 2008, she couldn’t even find it on a map. But, she had student loans to pay, and the U.S. State Department was offering the goods. So she left for a nine-month contract job to teach Afghan lawyers.

You have to look outside the film, like in her TED Talk, to get the full details on why she stayed in Afghanistan. But it all comes down to one word: justness.

While on contract, she saw far too many instances of “laws being underused [… and] illegal punitive measures overused,” she explains in that talk, stressing how the laws belong to the people—and it’s her mission to give them back. Justness, she says, “is using the laws for their intended purpose: to protect.”

With the documentary, we join on her on that quest for justness, seeing the immersive style of law—a unique combination of reverence for the Afghan culture, but with a no-B.S. suit of armor—that makes Motley so successful and, more importantly, respected in a system that you wouldn’t expect to respect her.

“I’m not coming in and saying, ‘This is the way we do things in America.’ I’m coming in and I’m using the Afghan laws and the Holy Quran. People appreciate real people, and I try to be as real as I can possibly be,” Motley told the New York Times in 2016.

In the beginning of the film, Motley chats with her assistant Khalil about how they’re like the Justice League. She’s Super Woman and he’s Spider-Man. It’s a joke, of course, but as the film goes on, you begin to see that Motley is a superhero in her own right. Her power is her untiring will, her devotion to fight for justness. The beautiful thing is it’s a power that, unlike Wonder Woman’s, is completely attainable for all of us.

Lawyers are specially equipped to navigate legal systems in ways the average citizen simply can’t. They aren’t just paid consultants, but true advocates for their clients. Your work might seem day-to-day to you, but to someone in need, it could be life-changing.

Given that reality, access to justice is a hot topic among the legal industry—and it should be.

If you’re looking to develop some superpowers and help save the world, odds are good that opportunities to do so are closer than you think, from small acts of learning, like our access to justice panel at Relativity Fest, to huge commitments, like pro bono work.

The 5 Love Languages & e-Discovery: What Language Do You Speak?