Artificial Intelligence, Community, On The Merits, Life at Relativity 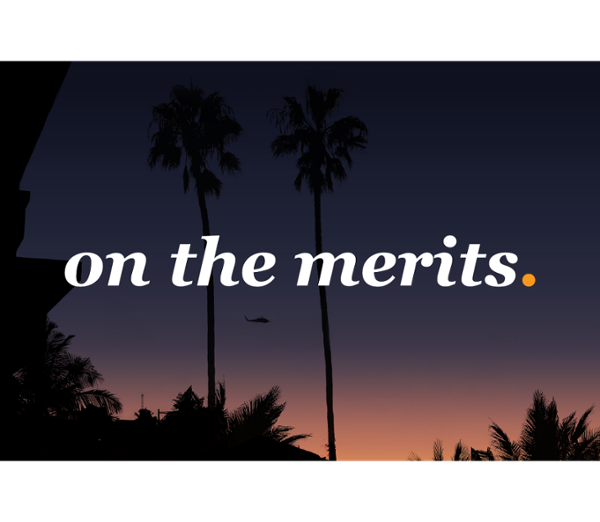 In September, 2022, the International Labour Organization released its Global Estimates of Modern Slavery. The report estimates that up to 50 million people worldwide are exploited for work, a 20 percent increase over the past five years. About 21 million of these people are in some form of non-commercial sex forced labor, a condition defined by the ILO Forced Labour Convention of 1930 as “all work or service which is exacted from any person under the menace of any penalty and for which the said person has not offered himself voluntarily.”

A year earlier, in 2021, Exiger, a risk management firm and Relativity partner, had proposed a session for Relativity Fest exploring how artificial intelligence in products like Relativity Trace, our compliance monitoring solution, could enable investigators to swiftly disrupt traffickers based on subtle patterns they leave behind in their data. We were intrigued. How could we document legal technology’s promise in assisting with a topic as vast and complex as human trafficking?

We wanted our film to answer many questions. What was the real nature of labor trafficking? How did technology abet traffickers, but also offer a way to prevent abuse? How is data hosted by corporations and governments used for this? How could Relativity’s community be involved? And how should a typical viewer understand the experience of those exited from trafficking and act to prevent further exploitation?

The Nature of Trafficking

Labor trafficking happens everywhere. Of those 21 million persons trafficked for labor, more than half take place in middle-to-upper-income countries. Trafficking is maintained through forms of force, fraud, or coercion, often by intangible means: debt bondage, threats against families, withholding of papers. Foreign nationals are most often at a disadvantage, being isolated in an unfamiliar culture. And traffickers often have ties to the local communities victims hail from, creating strong psychological barriers against exiting the situation.

Technology to Help and Hinder

Traffickers also have access to technology-enabled tools like social platforms and monitoring software that enable them to innovate the ways they attract victims and dodge authorities. These traffickers do, however, leave digital footprints that, buried across databases and repositories, can be found using artificial intelligence techniques like machine learning. Specific types of ML, including natural language processing, can parse text to derive meaning and intention. Contextualizing these motivators and assembling data into a model—a pattern—gives investigators a baseline to uncover similar trafficking habits elsewhere.

With the speed of machines and the right training data, AI can help authorities and NGOs stop trafficking in its tracks. When government agencies and the corporate ecosystem work together with the open web, rich data sets can be examined to forestall future abuse. As Victor Boutros, CEO of the Human Trafficking Institute, notes in the film: “Each one of those traffickers stopped represents a large group of victims freed, a future stream protected, and builds a deterrent effect.”

In the excitement of exploring how technology can accelerate the decimation of human trafficking, it’s important not to forget the very real people at the heart of the issue. The systems we build, like software and supply chains, may create complex covers that enable trafficking, but the motivation is often simpler. “People traffic other people because they don’t have God in their heart,” says Ronny Marty in our film, a survivor who exited trafficking and now advocates for other survivors.

For people to empathize with survivors, to see their humanity—and for survivors to see themselves as having passed through exploitation—requires a precise and caring articulation of their experience.

“Most survivors don’t see themselves as victims, let alone slaves,” confirms Marie Martinez Israelite, director of victim services at the Human Trafficking Institute. “So if you’re using language that evokes shackles and handcuffs and bondage, and that doesn’t align with their lived experience of someone who has endured forced labor. What can happen is they don’t see themselves in this public awareness … they might tend to feel a sense of imposter syndrome, like ‘maybe I’m not a victim at all’ because it’s not that.”

What we’ve learned over the 18 months it took to produce this documentary is that labor trafficking is everywhere you want to look for it. Our collective spending behavior (as consumers, as corporations) is a motivator for traffickers to act. The systems we make can cast shadows where it may thrive. But, thankfully, dedicated people have devoted their legal or technical careers to stamping out the injustice.

“It’s really hard for a virus to survive in the sunlight,” says Brandon Daniels, CEO of Exiger, in our documentary. “That’s because the light is the best antiseptic.” The more we illuminate this issue, the more we may be motivated to stop it. We hope this film sheds some light. We hope it helps.

To learn more about the state of labor trafficking, please visit the Human Trafficking Institute, the International Labour Organization, or the US Department of State’s Office to Monitor and Combat Trafficking in Persons.

Join us at Relativity Fest 2022 for an opportunity to learn from the best and brighest minds in the legal and compliance worlds. It isn't too late to get your digital pass.

JC Steinbrunner is the senior director of brand at Relativity and the executive producer of On the Merits, a docuseries that explores how the Relativity community uses technology to find truths in data that promote just outcomes in important current events.

Confronting Labor Trafficking: An Upcoming On the Merits Story

Using AI to Tackle Data Problems in a Pandemic and Beyond

On the Merits: Flint

On the Merits: Showcasing the People Using Data for the Greater Good