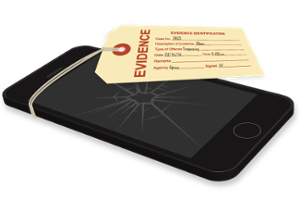 Unless you've been on a deserted island (sans Wi-Fi) this summer, you've undoubtedly heard about the Pokémon GO craze. For folks intentionally or otherwise blissfully avoiding the game, here are the basics: Pokémon GO is a free, location-based augmented reality game developed by Niantic (in partnership with Nintendo).

Since hitting the market, Pokémon GO has been the subject of many an editorial—covering everything from sociological concerns over the game’s ethics to culinary recommendations for the gamer on the go. Here’s our take.

The new element behind GO is the use of augmented reality (AR) which is:

A live direct or indirect view of a physical, real-world environment whose elements are augmented (or supplemented) by computer-generated sensory input such as sound, video, graphics, or GPS data. … As a result, the technology functions by enhancing one’s current perception of reality.

Both the location and AR elements, which are certainly integral to the immersive game-playing feel, have created their own ancillary legal issues. As players use their devices to chase in-game characters, their pursuits can lead them into trouble. So far we’ve seen everything from car crashes to folks falling off cliffs chasing Pokémon, as well as a couple who recently left their small child outside in the desert so they could snag a Snorlax. There have also been trespassing situations and players stumbling across crime scenes.

These canaries in the proverbial AR coalmine are sounding alarms in the legal industry as well. The question on the horizon is: how can (and will) e-discovery be impacted by GO?

In any of the above scenarios, the mobile game-playing devices (aka phones) will inevitably come into play, as the game assuredly generates digital evidence on the handhelds in use—particularly geolocation data and time stamps.

There are any number of evidentiary issues to be addressed in a GO scenario for mobile content. The first undoubtedly will focus on the ownership of the subject device and related privacy.

Certainly, if the device is employer-owned, there will be issues separating company information from personal data and then from gaming-specific information. In a BYOD scenario this would serve to further complicate data segregation.

Getting access to an individual’s device has also proven to be a complex issue, particularly given biometric passwords. However, this issue shouldn’t be too difficult in a civil context (as opposed to criminal investigations), where the device holder should ideally be willing to provide access to support their case and comply with discovery protocols.

The next question will be: “Who owns the game-specific data?” While it’s possible to collect relevant data from the subject mobile device, there’s also Nintendo or their partner Niantic Labs, which spun out of Google in 2015 after Google's announcement of its restructuring as Alphabet Inc.

Check out Niantic’s privacy policy if you’re battling insomnia (and note that it can be changed at any time, which is a bit disconcerting):

Privacy issues have arisen in international jurisdictions where EU countries have heightened concerns about data privacy, geolocation, and tracking versus the US.

Data preservation will be a bit more vexing, particularly since all the geolocation data won’t likely be kept resident on the mobile device. Niantic does appear willing to share the data in response to third-party subpoenas:

We cooperate with government and law enforcement officials or private parties to enforce and comply with the law. We may disclose any information about you (or your authorized child) that is in our possession or control to government or law enforcement officials or private parties as we, in our sole discretion, believe necessary or appropriate: (a) to respond to claims, legal process (including subpoenas); (b) to protect our property, rights, and safety and the property, rights, and safety of a third party or the public in general; and (c) to identify and stop any activity that we consider illegal, unethical, or legally actionable activity.

Whether GO continues its stratospheric climb or fades away quickly, there is little doubt that AR and geolocation games of this ilk will continue to capture the imagination of millions of game players everywhere. As their reality continues to be “augmented,” there will undoubtedly be a new sphere of legal and regulatory issues at play. When they do, e-discovery problems won’t be far behind.

A former litigator/GC/AGC, Dean Gonsowski is an industry-recognized evangelist, thought leader, and speaker. Dean has a JD from the University of San Diego School of Law and a BS from the University of California, Santa Barbara. He has worked with companies around the e-discovery industry, including Relativity, and now serves as chief revenue officer of Active Navigation.