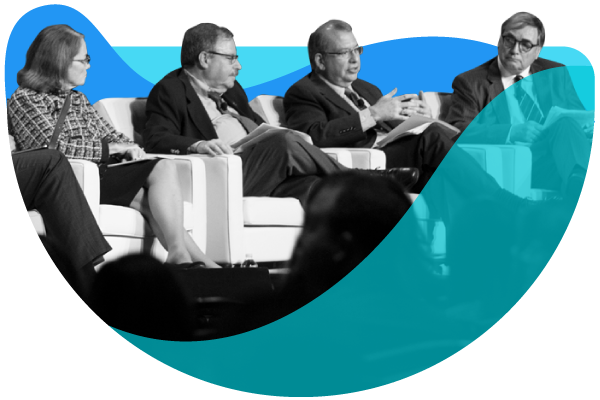 Expectations are higher than ever for litigators, e-discovery teams, and technology to keep up with evolving data demands. Your colleagues, clients, and, yes, even judges, are simply not willing to let knowledge gaps get in the way of justice.

A fan favorite feature of Relativity Fest, the annual Judicial Panel gives lawyers and legal professionals an inside look at how the bench feels about the foremost topics of the year.

Moderated by David Horrigan, the 2017 panel featured an international perspective, in addition to the return of some familiar faces: Judge Nora Barry Fischer (W.D. Pa.), Judge Andrew Peck (S.D.N.Y.), Judge Xavier Rodriguez (W.D. Tex.), and Justice Peter Vickery from the Supreme Court of Victoria in Australia. Though their opinions differed on some details, the judges largely agreed on one theme: responsible practice means knowing both the evolving law and the technology that supports it.

Spoliation: To Sanction or Not to Sanction?

In a discussion of Mueller v. Swift—the case that saw Taylor Swift and Denver DJ David Mueller battle over Swift’s assault and battery claims against Mueller and how they affected his employment—the judges had a lot to say about what constitutes an “intent to deprive” under the amended Fed. R. Civ. P 37(e).

“The judge used the old standard here ... and was willing to say [the spoliation] was in bad faith but not clear enough to be intent to deprive,” noted Judge Andrew Peck. On the sanction imposed—which rejected an adverse inference instruction, but allowed Swift’s team to bring up the spoliation at trial—Peck also pointed out that “This is probably right under the new 37(e), where even if you find [intent], you don't have to impose the harshest sanction.”

Judge Xavier Rodriguez seemed puzzled by the court’s conclusion in that case, as well as others being decided of late: “A number of cases are coming up with very generous interpretations for the spoliator. I'm starting to walk away wondering what it’s going to take to prove intent to deprive. In some cases, I'd think the evidence would be enough to establish this, but some judges are requiring actual manifestations of intent to deprive—and it's a rare case when you hear this on the stand.”

So how might this case have played out in other nations? Justice Peter Vickery, joining us in Chicago from Australia, offered no room for doubt.

“How would we handle this in Australia? We would send the coffee spiller to jail. We love coffee in Australia,” Justice Vickery said. Joking aside (though we certainly share this affection for an energizing cup of java), he pointed out that the letter of the law in Australia includes provisions for jail time and hefty fines as punishment for spoliation.

Ultimately, it’s important to note that the consequences of spoliation differ greatly based on jurisdiction—and even in the US, they can be unpredictable as courts continue to adjust to the 2015 amendments to the Federal Rules of Civil Procedure.

Don’t Ignore the Internet of Things

With no shortage of new data being created by sources of all types—from mobile phones to refrigerators—case law is ramping up its examination of the Internet of Things.

Asked about how much this data should be trusted—because who hasn’t fudged a few steps on their Fitbit?—Judge Nora Barry Fischer warned about the importance of the proverbial grain of salt, which has come into play with the emergence of new types of evidence in the past. “Some of this equates to polygraphs and whether they are or aren’t reliable. I think you’re going to see the same thing here,” she predicted. Still, there’s data to be examined and it would be negligent to ignore these sources of information while on a case.

“Data like this may be parallel to your work no matter what field you’re in. Litigators in every space should ask clients if they’ve thought about GPS data, cameras in the building, whether photos are taken in the office—everything—as a matter of course,” she advised.

Judge Peck agreed with the already pervasive nature of IoT data: “Every time I rotate through our criminal duty court, we're getting requests for this information to develop evidence of the crime. There are a lot of good reasons for the laws on whether this requires probable cause and a warrant.”

The TAR Question: Not Whether, but How

Historically a favorite topic of the panel, technology-assisted review was discussed again this year—after all, more than one of our jurists were responsible for groundbreaking TAR decisions in their jurisdictions.

The judges all agreed that they’re seeing increasingly wider acceptance of the workflow.

“What I’m glad to see—and this is anecdotal, not statistical—is more cases where, in passing during a Rule 16 conference, parties just say ‘We're using TAR,’” said Judge Peck. “It's no big deal, with no fight.”

Judges Peck and Rodriguez did have one notable disagreement, though: the level at which judges should be involved in protocol discussions.

“I know people want a pontifical blessing of TAR protocols,” said Judge Rodriguez, “but I find nothing in the rules showing that it's my role as a judge to do that. If some conflict comes up, I can address that, but in the ‘Mother may I?’ stage, I don't see why I need to play a role.”

Judge Peck took an opposing position: “I think the new rules ask judges to play a bigger role, with built-in conferences giving the judge an opportunity to let the parties know what they can and can't do if issues are teed up in an appropriate way.”

For Justice Vickery and the Australian approach, TAR comes down to simple dollars and good sense—and its success is often supported by bringing in expert help.

“Using special referees (similar to US special masters) has proved to be a very important part of the process to help facilitate the development of protocols and supervise processes, to give confidence to parties about TAR and its advantages, and to help formulate the cost-benefit analysis,” he said. “As we know, TAR involves an investment. To justify that investment, a litigant who isn't familiar with the system needs to undertake a CB analysis.”

The judges’ final thoughts focused on the necessity of an ongoing commitment to professional development and education for practicing attorneys.

“Relative to this arena, caution is the word,” said Judge Fischer. “Continue to keep up with all the changes and developments in this space. There will be a lot to learn,” especially as data volumes and diversity continue to grow and are influenced by the Internet of Things.

Judge Rodriguez also had a request for the technologists in the audience: “A lot of you are information technologists; your job is to inform your lawyers what's happening with your files, where they are, how difficult they might be to retrieve. Be informed, and help them be informed.”

From Keywords to Cooperation: 4 Lessons from Federal Judges

The Scalia Legacy: You Mean There's One for e-Discovery Data Law, Too?