A Conversation with Microsoft CTO & Relativity Board Member Kevin Scott 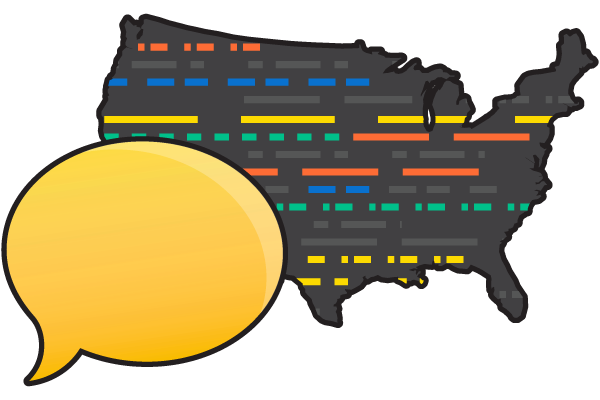 Here at Relativity, we have an internal speaker series called “Conversations from the Couch.” Several times a year, we invite a leader from the tech space to join us for an hourlong chat about their career, their industry, and what makes them tick.

Early in April, we welcomed Kevin Scott, CTO of Microsoft and the newest member of Relativity’s board, to join us on our virtual couch.

At Microsoft, Kevin has led the charge in the development of AI applications but, given his upbringing in rural Virginia, he has an interesting take about AI’s potential to disrupt economies. It’s the topic of his new book, Reprogramming the American Dream, in which he proposes a roadmap for how AI can realistically promote growth and shift the economic landscape.

AI Is Not What the World Thinks It Is

Often, AI is seen as this sophisticated and intangible phenomenon that will eventually take over the entire world. But Kevin has a simpler and more realistic view.

“Think about AI as a tool. It’s more powerful than a spreadsheet, for instance, but it’s still a technological tool that’s helpful in automating narrow tasks,” he explained. “It doesn’t need to be able to fully interact with world in the way a human can; it just needs to solve a narrow problem.”

Kevin explained that there tends to be a philosophical gap between how AI actually works and how the world thinks it works. TV, movies, and even the media tend to hype AI as eventually replacing the role of human beings in the economy—and maybe even becoming an unharnessed power that will shift society in one of two directions: utopia or dystopia.

In reality, Kevin says, these scenarios are unlikely.

“We don’t understand in a grounded, scientific way what human intelligence is. You’re not going to be able to write software to mimic something that’s so poorly understood.”

Kevin turns to the past to prove his point, describing how the founders of AI—computer scientists from Dartmouth—laid out a program in 1955 and predicted that, within 10-15 years, they would build software that was the functional equivalent to a human being.

They were, of course, massively wrong.

“What we’ve seen since 1955 is that we picked the wrong milestone for human equivalence over and over again. In the 90s, we thought the high-water mark for machine intelligence was chess. IBM beat [the grand master of chess] with Deep Blue. So, we changed the definition to a more complicated game, Go. Google’s DeepMind beat the human champion of that,” he explained. “And yet there are problems that a human two-year-old can solve that are too complicated for the most powerful AI systems to handle.”

Moral of the story? Don’t overestimate what AI can do. But don’t underestimate it, either.

“It’s not going to be a dystopian or utopian end. But, if you understand it, you can take AI to solve problems in the world. It can do amazing things,” Kevin said.

Kevin is clearly pragmatic, but optimistic, about the future of AI and the endless possibilities it presents. To see what he sees, we only need to look at the patterns of the past.

Specifically, Kevin mentioned the steam engine as his “mental model” for how AI might relate to our modern world. Just as the steam engine in the late eighteenth century gave humans a brand-new way to automate the production of goods, AI can be the answer to the world’s largest problems. Though, it may take some time for the majority to reap the benefits.

“The way new technological innovations manifest themselves, like the steam engine, is that in the beginning, if you have access to capital or expertise, you disproportionally benefit,” Kevin said.

So if you, a 1900s person, had enough money to build a factory around the steam engine—or the expertise to build and maintain a steam engine—you did pretty well for yourself. But for everyone else, big technological changes can be disruptive, and frankly, scary.

Still, if we make the right moves, things should eventually even out.

“Today, no one has a steam engine monopoly. Everything has an engine in it; they’re a building block. The question we have to ask ourselves right now is: How quickly can we democratize access to AI so that everyone has a chance to [make their lives] better?”

In writing his book, Kevin took a step outside the tech industry bubble to explore how AI is being leveraged across various industries. His book goes into detail about some projects already underway, and he touched on three fascinating examples during our Conversations from the Couch session.

Flush with acres and acres of land, Tennessee is a big agricultural economy with some big challenges to overcome. Specifically, Kevin talked about a small startup in Memphis that uses AI and drone technology to more safely and efficiently deliver chemicals to crops.

“Agriculture chemicals in concentration are usually toxic, so you have to dilute them in huge amounts of water. Spraying them over crops is inefficient, because it wastes a ton of water and creates toxic runoff,” he explained. “The idea of precision agriculture is that you can use technology to deliver exactly the right nutrients and chemicals to plants.”

In short, drones spray concentrated chemicals with electrostatic charges directly at plants. The charge makes the chemicals stick, so there’s no toxic runoff or waste. And all of this is enabled by computer models that help the drone recognize where to deliver the chemical.

Because the number of Cherokee speakers is drastically declining, there’s a great concern that Cherokee stories will eventually be lost—if not for technology like AI.

“There aren’t enough human beings to solve the problem. Having translation models from Cherokee to other language to preserve artifacts is something we couldn’t afford to do. We can’t buy enough Cherokee to English translators to go solve the size problem we have,” Kevin explained.

“You couldn’t hire enough rangers to go patrol this park area,” Kevin said. “But you can imagine drones, sensors, and cameras that allow you to cost effectively recognize when an animal is threatened and then deploy your human resources to go solve the problem.”

These are just examples of how AI can change the world for the better, and there are plenty more proof points out there—including, Kevin says, in our very own industry.

“I’m super excited to be on the [Relativity] board because you have this ideal opportunity with AI to go solve legal problems,” he said. “It’s incredibly exciting to work on something that makes legal expertise more accessible to more people and help us reach better outcomes in litigation and the administration of justice in general. It’s big stuff, folks.”

Want to learn more about Kevin? Read more of our conversation to learn about his upbringing, his background, and his one crucial piece of career advice.

How to Navigate Digital Transformation as a General Counsel: Insights from IDC

Amplifying the Power of Your JD in an AI World