Amplifying the Power of Your JD in an AI World 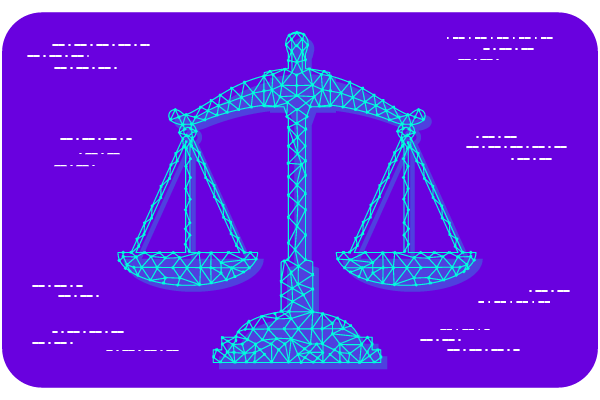 In 2013, e-discovery review attorney David Lola sued a major law firm and legal staffing agency for allegedly failing to pay him the federally mandated rate for overtime work. Lola argued that because of tools like analytics and machine learning, he was not exercising any legal judgment, and thus his role as an e-discovery reviewer does not fall under Fair Labor Standards Act’s overtime exemption for lawyers.

In the end, the U.S. Court of Appeals for the Second Circuit found that Lola “exercised no legal judgement whatsoever.”

The case prompts an interesting question. If it’s in the court’s opinion that e-discovery technology eliminates the need for a reviewer to exercise legal judgement—as in the case with Lola—will technology supplant the practice of law? Should lawyers fear for their jobs?

It’s a concern we’ve talked about before, and one that brought together a panel of researchers and attorneys at Relativity Fest last year. The group shared their views on what it means when lawyers and technology collide—and if the power of the J.D. is losing steam.

The Role of Lawyers Today

The intrusion of technology on employment isn’t only concerning to e-discovery attorneys. Panelist Jae Um, director of pricing strategy at Baker McKenzie and founder of the legal research company Six Parsecs, says that 72 percent of Americans are worried about the impact of technology on jobs.

Of course, the level of impact depends on the industry. For example, workers in “physical, predictable environments,” such as operating machinery or preparing fast food, are most susceptible to be replaced by automation, according to USA Today.

So, where do e-discovery attorneys fall?

“According to [the Lola] opinion, if a computer can do it, it’s not the practice of law,” says panelist Al Lindsay, partner at Hogan Lovells. “That shows that the monopoly we lawyers have is eroding and fragile at best.”

And while it may be true that machines are intruding on the lawyers’ corner, most of the panel (and audience) agreed that attorneys aren’t going anywhere. However, their role is changing—and that’s a necessity.

One audience member put it best: “We have to embrace technology and stop digging in and saying it's concerning. This is just life. We need to get with the program.”

Dig Deeper: Make sure you're keeping up with the latest tech trends to impact the legal sphere (you can read about four of them right here). Seek out related CLE opportunities and think about building yourself up as a niche expert in these emerging fields.

There’s a lot of great things about computers. They don’t get tired, hungry, or lonely. And they don’t get depressed combing through millions—or even billions—of documents, looking for the most relevant ones. Best of all, many think computers can do a job just as well (if not better) than their flesh-and-blood counterparts.

“It's a mistake to think human judgment is superior,” says Jae. “Lawyers need to understand how human judgment—and legal judgment—is applied inconsistently. We have risks and opportunities, and we perceive them in different ways and we apply the models in our heads.”

In other words, the computer brain is more consistent than the human brain.

But, just like humans, computers aren’t perfect. Panelist Michael Simon, principal at Seventh Samurai, gave an example: the COMPAS algorithm. Used in courts across the U.S. to determine if a defendant awaiting trial should be released on bail, the algorithm is controversial at best, as studies have found it may not perform better than untrained humans. And it may cause judges to make unfair, biased decisions.

“The role of lawyers is to be that human element in the system,” Michael says, which could be a good reason that the practice of law isn’t going anywhere for quite some time.

Dig Deeper: The modern-day e-discovery hero might just be the lawyer-technologist. Are you one of them yet? Becoming one can give your clients the best of both worlds: legal prowess and technical effectiveness.

Innovation: More than a Buzzword

You may be sighing with relief at the notion of computers and humans walking, hand in mouse, into the sunset, needing one other—for now anyway. And while the practice of law may not be supplanted anytime soon, the legal field is changing. And lawyers need to change too, if they want to keep up the pace.

"We need to think about what we can do to better position ourselves as individuals in the job marketplace and the legal services marketplace,” says Jae. “[Lawyers] need to be more fluent about the business concerns and the context of the clients they serve.”

In their law review article, “Lola v. Skadden and the Automation of the Legal Profession,” Michael and Al give some pretty straightforward advice: If you want to stay relevant, start innovating.

“Innovation can, of course, include designing and creating new systems, or merely being very good at understanding and using the expanding universe of existing, but still siloed, analytical products to provide clients with models and results that can clarify the big picture,” Al and Michael say. “The lawyer who can wield a variety of tools to more efficiently analyze trends and other important factors, rather than just performing word searches on subscription databases, will be the one who clients hire.”

Dig Deeper: Innovative thinking is the calling card of lawyers who are pushing the envelope in e-discovery and the practice of law. Start finding ways to join this movement, and you can have a greater impact at your firm and in the world.