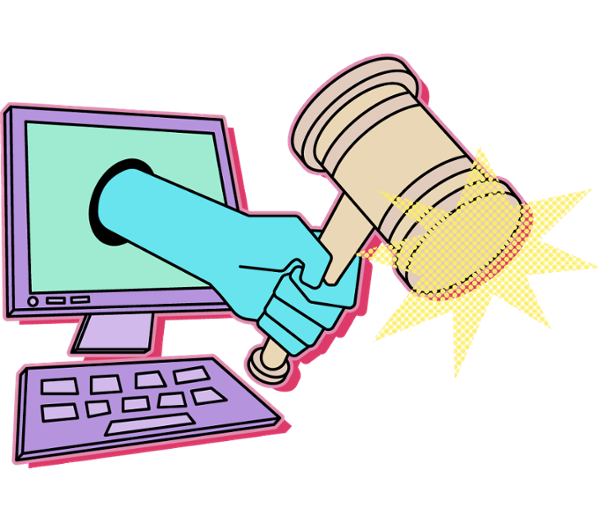 Editor’s Note: This article was first published by Legaltech News.

It goes without saying that the COVID-19 pandemic has made dramatic changes to many aspects of life, and the law is no exception. One of the biggest changes for the law is the virtual court hearing, which has gained popularity since the beginning of the pandemic.

But can virtual court proceedings really replace going to the courthouse?

What about a criminal defendant’s right to confront her accuser, a right provided by the Confrontation Clause of the Sixth Amendment to the US Constitution? What about the practical aspects of a remote legal proceeding?

An examination of relevant case law and Congressional action reveals that—although courts have embraced the new virtual world—there have been hesitations and hijinks along the way.

While many organizations held various types of meetings via video conference before the pandemic, most federal courts were not one of them. In fact, Fed. R. Crim. P. 53 banned them specifically, providing, “Except as otherwise provided by a statute or these rules, the court must not permit the taking of photographs in the courtroom during judicial proceedings or the broadcasting of judicial proceedings from the courtroom.”

This prohibition is not limited to criminal matters. Although there have been various pilot programs over the years, video equipment has not been allowed in federal courts in most instances.

After a three-year pilot program, which concluded in 1994, the Judicial Conference of the United States—the policymaking body of the federal courts, which includes the chief judges of the 13 circuits, a district judge from each of the 12 geographic circuits, and the chief judge of the Court of International Trade—concluded that the intimidating effect of cameras on some witnesses and jurors was cause for concern, and it declined to approve a committee recommendation to expand camera coverage in civil proceedings.

On the other hand, most states do allow some type of camera coverage. The Radio Television Digital News Association (RTDNA) in coordination with the law firm, Wiley Rein LLP, developed a state-by-state guide to cameras in state courts. You can see what your state allows here.

It took the pandemic for the Judicial Conference of the United States to change its tune on cameras in courtrooms.

The CARES Act provisions were written to expire 30 days after the date on which the national emergency ends, or the date when the Judicial Conference finds that the federal courts are no longer materially affected, whichever is earlier—but on February 24, 2021, President Joe Biden extended the national emergency declaration until March 1, 2022. Earlier this year, Andrew Peck, senior counsel at DLA Piper and retired US magistrate judge, predicted the CARES Act provisions would be extended.

Meanwhile at the Courthouses

Virtual proceedings have been very popular. As Senior US District Judge Nora Barry Fischer (W.D. Pa.) noted at the 2021 Relativity Fest Judicial Panel, criminal defendants and their families have been among those embracing the new remote way of doing things. Before video conferencing, many families were not able to attend judicial proceedings. Now, with video options, they can. (You can see Judge Fisher’s remarks at the 9:48 mark of the session recording.)

Also at the 2021 Judicial Panel, Judge Victoria McCloud noted that virtual hearings have resulted in greater media attendance at her court in the Courts of England and Wales because it’s simply easier for the press to attend. You can find her remarks starting at the 18:43 mark of the video.

Although the reception has been overwhelmingly favorable, there have been challenges in the new world of remote court proceedings.

In Vasquez Diaz v. Massachusetts, 167 N.E. 3d 822 (Mass. May 5, 2021), the Massachusetts Supreme Judicial Court held a virtual hearing during the pandemic was not a per se violation of a criminal defendant’s constitutional rights—but that was not the end of the court’s analysis, and the court reversed a trial judge’s decision denying Mr. Vasquez Diaz’s request for a continuance of a suppression hearing until it could be held in person.

In Vasquez Diaz, the criminal defendant in the cocaine trafficking case argued a virtual suppression hearing violated several of his constitutional rights, including his right to be present, to confrontation, to a public trial, and to effective assistance of counsel.

Although the Massachusetts Supreme Judicial Court held virtual hearings were not a per se violation of any of these rights, the court held that the trial court—entering uncharted waters in a case posing a “novel question”—erred in denying Mr. Vasquez Diaz’s request for an in-person hearing here where he had waived his right to a speedy trial and where there were no civilian victims or witnesses.

In a concurrence in which he cited scholarly articles noting the shortcomings of virtual proceedings, Associate Justice Scott Kafker wrote: “I write separately to emphasize that as we zoom into the future of this brave new digital world, judges must be acutely attentive to the subtle and not so subtle distorting effects on perception and other potential problems presented by virtual evidentiary hearings.”

Among the challenges Justice Kafker noted from the still-developing scholarship of virtual proceedings were video altering fact-finders’ perception of witnesses; the inability to make eye contact in certain cases, such as this one, where the camera and the display were in different places; and video conferencing technology disrupting the effects of the physical courtroom atmosphere, taking away from parties appreciating the importance and gravity of the proceedings.

In Ludwin, a deponent was “smirking, cursing, and yelling” at opposing counsel during a deposition. The deponent also refused to show his face on the camera, and he appeared to be drinking wine during the deposition. In addition, he turned on the television and cooked pasta during the deposition, and he left the room multiple times, at one point saying was “going to take a leak. Do you want to come to the bathroom with me? Is that what you want to do?”

Of course, the virtual world can get judges into trouble, too. In In re EB, No. 21CA0346 (Colo. App. Jan. 6, 2022), a juvenile neglect proceeding, a father appealed the termination of his parental rights. Due to the pandemic, a hearing on the matter was held via WebEx. The dad was a no-show, but the court informed his counsel that he was apparently attempting to access the hearing intermittently.

The father’s counsel learned his client was using a payphone at a gas station. He was forced to leave the gas station, and he requested a continuance. The trial judge denied the request, holding that she could not find good cause for the continuance or that it would be in the best interest of the child. The father appealed.

Reversing, an intermediate Colorado appellate court held the trial judge abused her discretion and that her refusal to grant a continuance denied the father due process.

Noting that the trial judge did nothing to accommodate the father except pause the hearing briefly, the appellate court cited recent Colorado case law and said, “Holding a hearing via WebEx affords a parent due process when, among other things, the court is willing to make accommodations to ensure that a parent who wants to personally participate in the hearing is able to do so.”

Why the Remote Proceedings Question Matters

Although some state courts have been doing it for years—and even though remote depositions were commonplace even before the pandemic—remote video proceedings are a fundamental change for many courts and the people litigating before them.

However, as Judge Fischer and Judge McCloud noted above, there have been some real benefits to the move to remote video proceedings. In addition, other courts have rejected constitutional arguments against remote video hearings. In Ciccone v. One W. 64th St. Inc., No. 651748/2016 (N.Y. Sup. Ct., NY County, Sept. 4, 2020), a New York court rejected a litigant’s argument that a hearing should be postponed indefinitely due to the pandemic because a remote hearing would violate her due process rights. The court cited the “extraordinary circumstances” of the pandemic.

The case law shows that courts will allow remote video proceedings if proper procedures are followed, but, as Justice Kafker cautioned, we should beware of potential problems as we “zoom into the future of this brave new digital world.”

For Law Schools and the AALS, Technology and Access to Justice Become Priorities