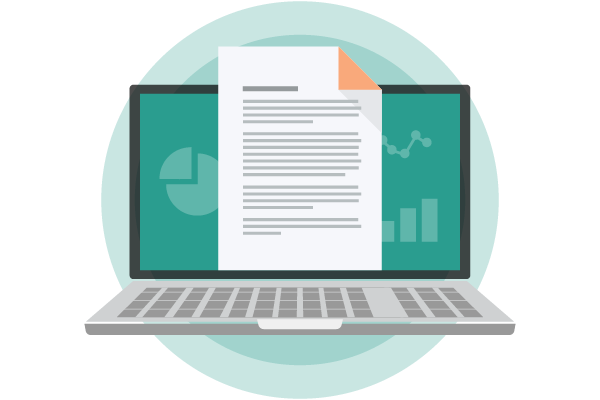 Editor’s Note: This post appeared originally as an article in Legaltech News.

When 19th Century English craftsmen known as Luddites protested against textile manufacturing technology, their attitudes were similar to those of 20th Century lawyers—with both groups fearing technology would take their jobs.

Just as the Luddites had to adapt, the lawyers must as well, and law school is the place to start.

At the 2020 Annual Meeting of the Association of American Law Schools (AALS) in Washington, D.C., law school faculty gathered for a roundtable discussion titled The Duty of Technology Competence: Understanding the Standards and Preparing Our Students. The discussion was a timely one because, in 2020, technology competence for lawyers is not a luxury or an added resume line—it’s an ethical requirement in many jurisdictions.

When, in 2012, the American Bar Association (ABA) amended Comment 8 to Rule 1.1 on attorney competence in the ABA Rules of Professional Conduct, reactions ranged from “Well, I guess that’s a good start” to “Where’s the beef?” The lukewarm reaction stemmed from the provision being buried in the comments with no real regulation or enforcement.

To maintain the requisite knowledge and skill, a lawyer should keep abreast of changes in the law and its practice, including the benefits and risks associated with relevant technology, engage in continuing study and education, and comply with all continuing legal education requirements to which the lawyer is subject. (Emphasis added.)

The naysayers who questioned whether the ABA’s 2012 move would have any impact failed to predict an important development: state bars following the ABA’s lead and developing their own ethical requirements for lawyer technology competence.

The ABA’s provision may be buried in a comment, but today, 38 states have amended their own ethical requirements, and other states have implemented ethics opinions on attorney technology competence.

For instance, in the field of e-discovery, the State Bar of California’s Formal Opinion 2015-193 provides: “An attorney lacking the required competence for e-discovery issues has three options: (1) acquire sufficient learning and skill before performance is required; (2) associate with or consult technical consultants or competent counsel; or (3) decline the client representation.”

The Role of the Law School

The AALS attorney technology competence program was moderated by Hari Michele Osofsky, dean of Penn State Law. In a potential indicator of things to become commonplace in legal education, Osofsky serves also as dean of Penn State’s School of International Affairs in addition to her role as a professor of geography.

The audience played an active role in the roundtable discussion, and one of the audience participants was attorney Carolyn Elefant of the Law Offices of Carolyn Elefant PLLC, a longtime advocate for lawyers using technology and the author of My Shingle, a blog focusing on small firms and solo practitioners.

Elefant indicated we may be behind the curve with our newfound attention to attorney technology competence.

“I wouldn’t have a law practice if I hadn’t been using technology for 20 years,” Elefant said. “This is something that should have been done such a long time ago.”

Fastcase’s Riehl agreed with Elefant on the need for practical practice technology.

“What Carolyn is doing is essentially a legal practicum for the 2020s. We’ve taught legal clinics on technology, but we should be teaching how to use Slack and off-the-shelf tools.”

Of course, not everyone in legal academia believes law school should become Slack school. William Hamilton, legal skills professor at the University of Florida Levin College of Law and executive director of the law school’s e-discovery program, is a technology advocate—up to a point.

Speaking on legal education at Relativity Fest, Hamilton cautioned that law schools must integrate technology and legal skills. “For example,” Hamilton said, “At UF Law we don’t simply willy-nilly teach a multitude of Relativity features, but, instead, how to use Relativity’s features to produce a legally defensible search.”

So, just how “practical” should legal education be when it comes to technology?

The panel agreed with Fastcase’s Riehl on the need for practical software knowledge. However, the University of Colorado’s Mart cautioned that merely learning how to use software was a path fraught with peril.

Mart noted that search algorithms are made by people who bring their own decision-making to the process, giving algorithms inherent bias that affects search results.

To illustrate this point, Mart conducted a study using numerous legal research platforms, including Casetext, Fastcase, Google Scholar, LexisNexis, Ravel, and Westlaw. She ran the same 50 natural language searches in all of them in jurisdictionally limited databases with only reported cases. They’re running off the same pool of data.

You’d think she would get the exact same results in each, right?

That’s not exactly how it turned out. Not even close.

“Your search results are not unbiased, and that’s a real shock for students who are used to searching Google for everything they need," Mart added.

Not only is it important to understand the inherent weaknesses behind the tools, learning how to use them effectively is also critical. Understanding the features of an aircraft doesn’t help much if you don’t know how to fly it.

American’s Kushan, who serves as training manager in the university’s Office of Technology and adjunct professor at the law school, notes the problems with use of basic search technologies.

“With the ‘Google Generation,’ 90 percent of searchers go only through the first page of search results,” Kushan said, adding, “and of that 90 percent, only 50 percent go past the third result.”

“When we started our Legal-Tech Virtual Lab at Penn State, we were focusing on artificial intelligence, machine learning, cryptocurrency, blockchain—things that were changing the practice of law, raising big, cutting-edge legal issues,” Osofsky said, but then, she said they had a realization.

“We realized a lot of our students were coming to law school without a basic knowledge of Microsoft Office and how to make a PDF—really basically tech that they’re going to need in practice,” she said.

The consensus of the panel was that law schools have an obligation to go from the most basic tech to the most advanced emerging technologies new lawyers will need to succeed.  Different law schools approached the challenge in different ways.

As noted above, Penn State has launched its Legal-Tech Virtual Lab, but they aren’t the only ones.

Janoski-Haehlen, who serves as associate professor, associate dean, and director of the law library at the University of Akron School of Law, noted Akron’s initiatives on artificial intelligence, and Gabriel Taninbaum, professor at Suffolk University Law School, noted Suffolk’s technology competence efforts where he serves as director of the law school’s Institute on Legal Innovation and Technology.

Along with the excitement over law school programs bringing students to the cutting-edge of emerging technologies changing the world, came a word of caution about the effect on lawyers from Jaen, who serves as director of the law library and associate professor at Ave Maria School of Law.

“If you don’t understand how it works, you’re going to fall into a trap, and I think artificial intelligence is very dangerous.”

For Law Schools and the AALS, Technology and Access to Justice Become Priorities