Can Software Engage in the Unauthorized Practice of Law? 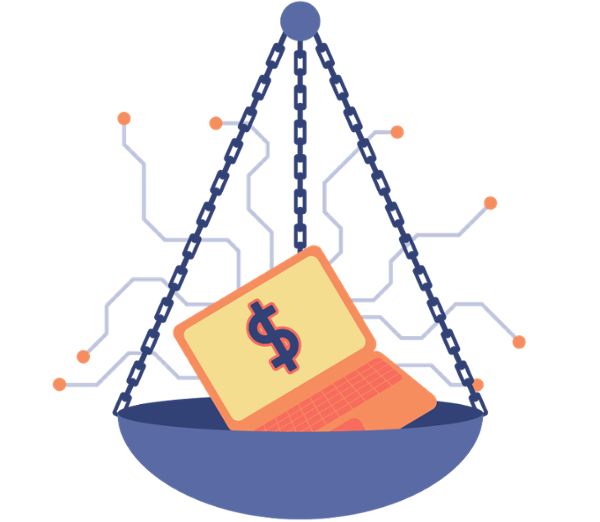 As artificial intelligence continues to become a more important part of the law, new legal issues are developing that might not have occurred to us just a few years ago.

This is not to say that legal issues related to artificial intelligence are completely new to e-discovery legal teams. They’re not.

For instance, back in 2015, in what we called The Lola Machine Test, the US Court of Appeals for the Second Circuit noted that parties in that litigation, Lola v. Skadden Arps, Slate, Meagher & Flom LLP, had agreed in oral argument that those engaging in “tasks that could otherwise be performed entirely by a machine cannot be said to engage in the practice of law.”

Whether or not you agreed with that assertion in 2015, it’s pretty much undeniable now that, in the seven years since Lola, artificial intelligence has grown to play an even bigger role in life and the law—so much so that a federal bankruptcy court this month joined other courts facing the question:

Can software engage in the unauthorized practice of law?

Fortunately for the good of the nation, access to justice has become an increasingly important issue for many Americans. Law firms have expanded pro bono programs, and CLE courses address the issue.

Although substantial challenges remain, at least people are talking about access to justice.

If one needs to declare bankruptcy, it stands to reason that one might not be able to afford a lawyer.

Although bankruptcy may not be the first thing that comes to mind when thinking of access to justice, it did occur to an upstart 501(c)(3) nonprofit organization.

When Rohan Pavuluri was a student at Harvard, he developed an interest in technology and access to justice. He observed that bankruptcy was one area often left out of the access to justice conversation.

With bankruptcy and access to justice in mind, Pavuluri teamed up with New York lawyer Jonathan Petts in 2008 to co-found Upsolve, nonprofit 501(c)(3) organization dedicated to helping people who could not afford the cost of legal representation in Chapter 7 bankruptcy proceedings.

Upsolve estimates that the average Chapter 7 bankruptcy can cost around $1,500 in legal fees for an uncomplicated bankruptcy along with court filing fees—a sum unaffordable to many Americans, especially those in financial difficulty.

Upsolve obtained funding from an impressive group of public interest organizations, including its largest backer, the Legal Services Corporation (LSC), the organization established by the US Congress in an act signed into law by President Richard Nixon in 1974.

LSC describes its role as “the single largest source of funding for civil legal assistance to the nation’s poor, an innovator in technology, and a model for partnerships that help low-income Americans maintain livelihoods, keep a roof over their heads, and escape violence.”

In addition to the Legal Services Corporation, Upsolve has received funding from the Robin Hood Foundation, the William and Flora Hewlett Foundation, and the New York Bar Foundation as well as individuals, including former Google CEO Eric Schmidt.

Describing itself as “TurboTax for bankruptcy,” Upsolve’s program includes a software application it calls its “Free Filing Tool.”

Without legal counsel, Renee Patterson in In re Patterson and Kimya Crawford in In re Crawford both filed voluntary Chapter 7 bankruptcy petitions in 2019 in the US Bankruptcy Court for the District of Maryland.

In their separate proceedings, both Patterson and Crawford included the following Declaration of Pro Se Assistance:

Upsolve is not my attorney. I am filing this case without a lawyer or "pro se." Because Upsolve has provided its services pro bono, Upsolve is not a petition preparer under Section 110 of the Code, and Official Form 119 is not required and has not been provided.

Because neither Patterson nor Crawford was a lawyer—nor did either have experience interpreting the United States Bank Bankruptcy Code, the Federal Rules of Bankruptcy Procedure, or the Local Bankruptcy Rules—the court thought something fishy was going on.

How did they know so much about the bankruptcy process?

Seeing Upsolve’s involvement in both proceedings and noticing the similarity in the language with filings submitted in other bankruptcy matters involving Upsolve, the court entered an Order to Show Cause to Upsolve.

Just what was that software doing?

In response to the Order to Show Cause, Upsolve wrote it “utilized its software to automate the information intake process and prepare bankruptcy forms that were then reviewed by an attorney.”

In addition, Upsolve said its software was for use in only really simple bankruptcies.

Upsolve was not to be used by people who lived outside the United States, had filed for bankruptcy during the prior eight years, had whole life insurance, or owned automobiles exceeding a certain value. Thus, Upsolve told the court, its software was used only by individuals with straightforward, routine, uncomplicated, simple, no-asset Chapter 7 cases.

Upsolve argued there was no practicing of law going on, noting that the software screening criteria “filters out users whose situations might require specialized advice or the exercise of legal judgment,” and that the software was “user-driven.”

Furthermore, Upsolve noted that the software has a checkbox, requiring users to acknowledge: “I understand that the Upsolve software acts entirely at my own direction and that Upsolve does not have the authority or ability to provide legal services.”

Not only did Upsolve argue it was not practicing law, the nonprofit said it was not even subject to Section 110 of the Bankruptcy Code because it did not receive compensation for its services.

The court noted that co-founder Pavuluri conceded that, with Exemption Editor, the Upsolve software self-populated the exemption statute for Household Goods onto Crawford’s Schedule C of her Chapter 7 filing.

The court agreed with Upsolve that the nonprofit was not a bankruptcy petition preparer under 1 U.S.C. § 110 because the case law made clear that one had to receive compensation to fall under the statute. The court agreed also that Upsolve did not receive indirect compensation because the foundations funding Upstart were giving charitable donations.

However, applying Maryland state law, the court held the software did engage in the unauthorized practice of law.

Upsolve fails to recognize that the moment the software limits the options presented to the user based upon the user's specific characteristics—thus affecting the user's discretion and decision-making—the software provides the user with legal advice.

Why the Upsolve Cases Matter

We’ve discussed cooperation in litigation—especially during discovery—many times over the years on these pages, and in In re Patterson and In re Crawford, we get to enjoy one of those legal stories that has a positive outcome.

First, we will not attempt to be more eloquent than US Bankruptcy Judge Stephen St. John in these cases when describing the legal conundrum:

Providing affordable and zero-cost options to assist the impecunious in accessing their legal rights is, without question, the greatest challenge faced by the bar and courts at every level and in every jurisdiction. Technology may enhance such access; however, it does not obviate the concurrent need to ensure that all such mechanisms, regardless of their moniker, operate in a competent, ethical, and responsible manner and in accordance with applicable law.

However, Judge St. John noted the court did not doubt Upstart conducted itself “with good intentions and in good faith” and that Co-Founder Pavuluri’s testimony was “sincere and grounded in good motives.”

Although the judge wrote, “good faith and pure intentions alone do not negate the ‘character of the act,’” he added, “the Court commends the noble efforts [Pavuluri] and his colleagues have undertaken.”

Before the court issued its Memorandum Opinion in In re Patterson, Upsolve had agreed to suspend the use of its software in Maryland pending the outcome of the proceeding and to modify its software to pass legal muster vis-à-vis the unauthorized practice of law.

It’s what good software developers do—they modify their software to make it better.

Although the court did believe “the software provides the user with legal advice,” Upsolve is working with the court and the United States trustee to resolve the issue.

It’s a great example of people coming together, helping others, and following Federal Rule of Civil Procedure 1’s call for the court and the parties “to secure the just, speedy, and inexpensive determination of every action and proceeding.”

If only all litigation were the same. 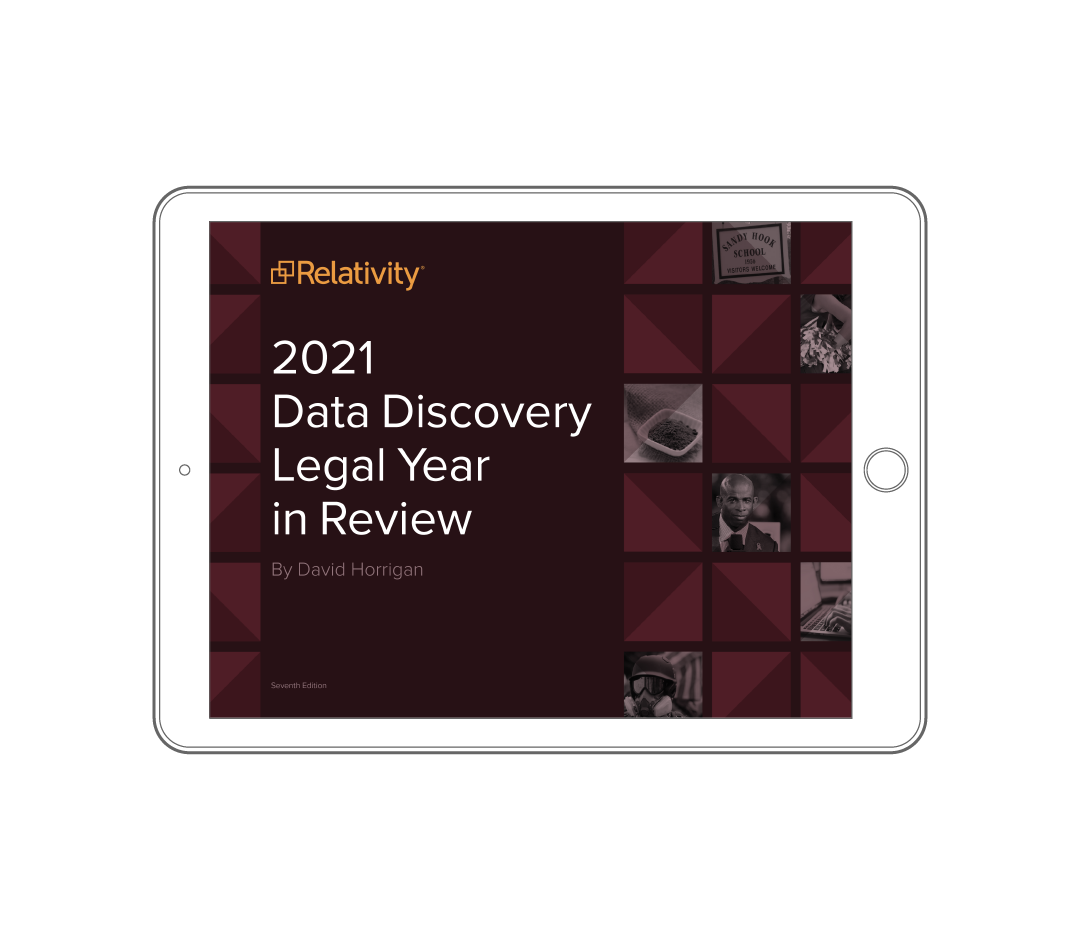 As another year comes to an end, we have another round of important data discovery developments to catch up on.

The Lola Machine Test: Should Courts Let Technology Define the Practice of Law?