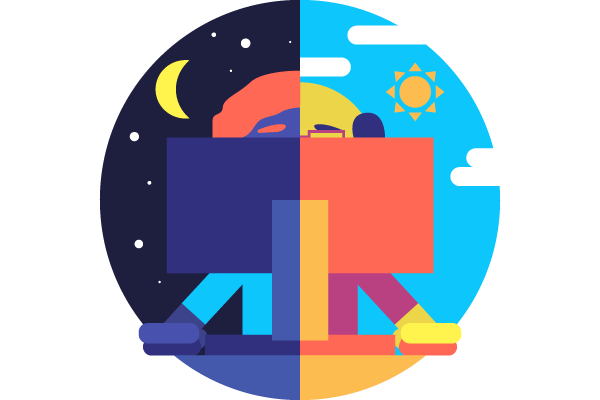 Residents of the middle of the United States often tire of people on the East Coast and the West Coast of the nation seemingly trying to run everything.

From pejorative references to the country’s mid-section being “flyover country,” to popular culture being determined by the residents of the coasts, it gets old.

But do coastal dwellers even get to control the time zone for discovery deadlines? After all, the US Supreme Court is in the Eastern time zone.

A recent case from the Trademark Trial and Appeals Board (TTAB) sheds some light on the question, and we talked with a legendary jurist, the author of landmark decisions in e-discovery law, to get his take.

Not surprisingly, as is so often the case in e-discovery, cooperation is key.

Confusion in the Islands?

JBX Pty Ltd, an Australian company, filed applications for trademarks with the US Patent and Trademark Office to obtain registered marks for “Bio Island, U.S.,” “Bio Island JBX,” and “JBX Bio Island,” for what it described as nutritional products, including supplements and “functional fruit-based beverages for medical purposes.”

Island, LLC, a US company based in Wyoming, opposed JBX’s application. Island holds United States Trademark Registration No. 5680487 for the mark, “Island,” for goods in International Class 005 for “dietary supplements.” In addition, Island owns No. 5548602 for “Island Superfoods.”

Island argued granting JBX’s application would create a likelihood of confusion in violation of federal law, but JBX countered that there would be no such confusion among consumers.

Serving Around the Midnight Hour

Remember when your parents and teachers told you that you should never wait until the last minute to submit your assignments?

The next part of our saga is a great lesson on how wise they were.

Island served its discovery requests from California at 11:43 p.m. Pacific Standard Time on December 3. However, at the moment of filing, it was:

Noting the date in the other time zones, Island objected to each of JBX’s discovery requests as served untimely, and based on that objection, did not provide any substantive responses.

It came down to a fight over whether Eastern time controls discovery deadlines.

JBX argued that there was no rule providing that discovery requests were controlled by Eastern time.

JBX conceded that there were references to Eastern time in the Trademark Trial and Appeal Board Manual of Procedure (TBMP). However, JBX argued that those references pertained to the filing dates for electronic submissions to the Board—not to matters served between the parties and not filed with the Board, such as discovery requests.

However, Island countered that both the Trademark Rules and the Federal Rules of Civil Procedure apply and that both sets of rules mandated Eastern time as controlling in the matter. Specifically, Island argued that Fed. R. Civ. P. 6(a)(4) and Trademark Rule 2.195, 37 C.F.R. § 2.195 mandate a deadline in Eastern time.

The Board rejected Island’s argument, siding with JBX by noting that both Trademark Rule 2.195 and Fed. R. Civ. P. 6(a)(4) pertained to submissions to the Board and the Court respectively—not with documents served between the parties, such as discovery requests.

Furthermore, the Board held, “In inter partes proceedings before the Board, the timeliness of discovery requests is based on when the requests are served, not when they are received.”

If you thought Island, LLC was a unique case of timeliness jurisprudence, you would be wrong. Deadline time warps have been litigated before.

For instance, in Mittman v. Casey, 329 B.R. 43 (Bankr. S.D. Ohio 2005), a litigant argued that because he began the federal courts’ Electronic Case Filing (ECF) system submission before midnight on the date of the deadline, the filing was timely even though the complaint itself came through the system after midnight.

The court didn’t buy it.

Mittman’s counsel relied on the CM/ECF Attorney Manual provision, “opening an adversary proceeding involves entering the necessary information regarding the plaintiff, defendant, and basic statistical data. The complaint is incorporated into this process and will not need to be docketed separately.” Thus, Mittman argued, his submission was timely because he had entered the necessary information on the cover sheet, which was submitted before midnight.

The court countered, “The Manual, however, refers only to the ‘opening’ of an adversary proceeding, not to the completion of filing, as required by ECF Procedure 3, or to a complaint's appearance on the docket as an official court document.”

In another matter, the old expression, “What time is it in Indiana?” comes to mind. The Hoosier State does have some time challenges.

Did we mention that, at the time in question, South Bend did not observe Daylight Saving Time?

Unfortunately for counsel in Gargula, the location of the court’s servers controlled.

“Paragraph 8 of this Fifth Amended Order provides that "[f]iling must be completed before midnight in South Bend, Indiana, where the court's ECF server is located, to be considered filed that day," the court noted.

As much as we would like to file every court document days in advance, we all know busy legal teams often end up submitting at the last minute.

Perhaps the most notable thing about the cases we’ve reviewed in this article is that our busy federal courts were spending their valuable time refereeing disputes about deadlines missed by mere hours.

Is it really necessary?

In the University of Florida Law Review Forum article, Activist Judges?: Technology, Rule 1, and the Limits of Judge Matthewman’s New Paradigm for E-Discovery, 71 Fla. L. Rev. F. 258 (2021), this author questioned whether busy federal judges should be spending so much time adjudicating discovery disputes.

We put the question of the time dispute of a few hours in Island, LLC to Hon. James Francis IV of JAMS, the retired U.S. magistrate judge who has rendered some of the landmark decisions in e-discovery law.

Not surprisingly, cooperation in e-discovery is what Judge Francis wanted to see.

“My response to the party claiming that the deadline had been missed would be to send them copies of the Sedona Cooperation Proclamation and Fed. R. 1,” Judge Francis said.

Brandi the Cheerleader, Social Media Law, and the Limits of Free Speech Off-Campus