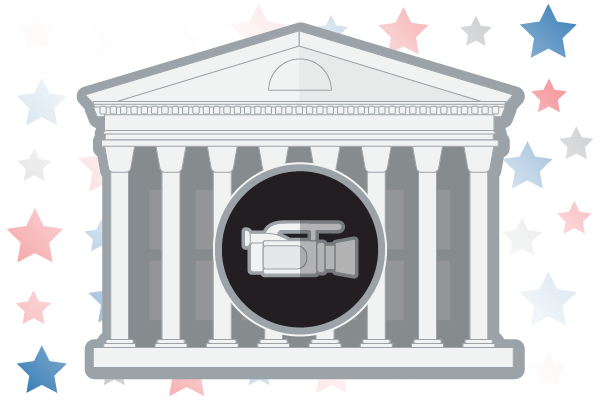 Yesterday was Election Day. The election may be over, but litigation about elections continues.

Whether your candidates won or lost, you probably agree that it was yet another contentious national election, and contentious elections often produce contentious litigation—with discovery often being part of the controversies.

The case, currently on appeal to the 10th U.S. Circuit Court of Appeals, is a challenge to the Kansas documentary proof of citizenship law, which, if upheld on appeal, would require evidence of United States citizenship for voter registration.

The underlying legal issues in the case are for the courts, Congress, and—most importantly—for the people to decide. At The Relativity Blog, we focus on data and discovery issues, and Fish v. Kobach presents some interesting ones: the use of protective orders and confidentiality designations, as well as concerns about video depositions making their way beyond the courthouse and onto mobile phones and laptops around the world.

Congress passed the National Voter Registration Act (NVRA) in 1993. Signed into law by President Bill Clinton on May 20, 1993 and known commonly as the “Motor Voter Law,” the NVRA became effective in 1995. It was called “Motor Voter” because, among other things, it mandated that most states provide individuals the opportunity to register to vote at the same time they apply for or renew a driver's license.

Then, in 2015, Kansas Secretary of State Kris Kobach promulgated a regulation, Kan. Admin. Regs. § 7-23-15, that purged individuals from the voter rolls if they failed to provide evidence of citizenship within 90 days of receipt of their registration application.

In June of this year, U.S. District Judge Julie Robinson held the Kansas DPOC was unconstitutional and violated the NVRA, and the law is on hold while the case is appealed to the 10th Circuit.

Given the highly charged political issues involved, the litigation has become contentious, and the acrimony carried over into discovery.

Confidentiality and the Protective Order

Shortly after the litigation began in 2016, U.S. Magistrate Judge James O’Hara issued a protective order that was proposed jointly by the parties.

The protective order defined “confidential information” and provided that material designated confidential could be viewed by those outside the litigation only “upon consent of the producing parties and on such conditions as the parties may agree.”

The rules were somewhat different for confidential information used at trial:

Nothing in this Order will be construed to affect the use of any document, material, or information at any trial or hearing. A party that intends to present or that anticipates that another party may present Confidential Information at a hearing or trial must bring that issue to the attention of the court and the other parties without disclosing the Confidential Information. The court may thereafter make such orders as are necessary to govern the use of such documents or information at the hearing or trial.

Although the parties made a joint proposal for the protective order, things got somewhat dicey when it came to discovery requests and a video deposition.

The Fish plaintiffs made a discovery request for documents and communications related to potential amendments to the NVRA, and Kobach refused to produce two documents: a draft of possible future amendments to the NVRA and an NVRA-related document created by Kobach to share with then President-elect Donald Trump. The second document was photographed by an Associated Press photographer as Kovach was walking into a meeting with the future president.

Kovach complied, but produced the documents with the designation: “CONFIDENTIAL – SUBJECT TO PROTECTIVE ORDER.”

The court didn’t give the Fish plaintiffs a complete win, noting that whether the documents were within the scope of discovery was “a very close call.” In addition, although the court rejected Kobach’s privilege arguments, it ruled that Kobach’s arguments on those grounds were “substantially justified.” Thus, the court declined to impose sanctions under Fed. R. Civ. P. 37(a)(5).

However, Kobach wasn’t off the hook.

Although the legal questions were close, the court wrote that—in response to the Fish plaintiffs’ motion to compel production of the two documents—Kobach “made patently misleading representations to the court.”

Judge O’Hara conceded: “The court cannot say that defendant flat-out lied in representing the content of the disputed documents.” However, the judge wrote Kobach’s statements could be construed as “word-play meant to present a materially inaccurate picture of the documents.”

Although the court rejected Rule 37(a)(5) sanctions, it did order a $1,000 fine payable to the court and ordered Kobach to sit for a deposition to explain the documents.

When the Kansas Secretary of State arrived for his deposition at the courthouse on August 3, 2017, he was unhappy to discover the Fish plaintiffs had retained a videographer to record the deposition without informing him in advance.

The court had already rejected Kobach’s objections to the deposition, noting that the secretary of state was comfortable speaking in public and dressed appropriately for video. Thus, Judge O’Hara ruled there was no prejudice in doing the deposition on video—subject to the protective order.

Because Kobach was Secretary of State, he was both the defendant and opposing counsel. Although the court conceded that, following the standard of Shelton v. American Motors Corp., 805 F.2d 1323 (8th Cir. 1986), courts discourage depositions of opposing counsel, the court noted also:

When the attorney whose deposition is sought is a named party in the lawsuit with personal knowledge of relevant facts underlying the case, courts have found the Shelton criteria inapplicable and permit the deposition to go forward on that basis.

There was still the issue of that video. Kobach noted a previous video deposition in the case had ended up on the internet.

Judge O’Hara conceded that the Fish plaintiffs could have engaged in more cooperative conduct in notifying Kobach of the video, writing, “to be frank [the lack of notice] could be regarded as discourteous.”

However, the magistrate judge ordered the video could go forward.

When Kobach objected to the video being played at trial, Judge Robinson rejected that argument as well:

Nevertheless, the video was still limited to being played in the courtroom. Then, the media came calling. The Fish plaintiffs wanted to give copies to the media, but Kobach objected.

The secretary of state won this round.

Despite its status as an exhibit, the court noted the prohibition against broadcasting court proceedings and the limits the court placed on the taking of the video, and held it was not part of the judicial record, subject to dissemination to the public.

In addition, the court cited the 2000 District of Kansas decision in Drake v. Benedek Broad. Corp., quoting the Southern District of New York’s decision in Paisley Park Enters., Inc. v. Uptown Prods., and wrote that, under Fed. R. Civ. P. 32, video depositions “are not intended to further a party's commercial goals or private pursuits or ‘to be a vehicle for generating content for broadcast and other media.’”

As we noted above, the underlying legal issues on voter registration are beyond the scope of our analysis here. However, there are some worthwhile takeaways for e-discovery.

When parties agree on protective orders and submit them to the court, they can be valuable tools to ensure the protection of confidential information—while striving to meet Rule 1’s goal of securing the “just, speedy, and inexpensive determination of every action and proceeding.”

However, a stipulated protective order isn’t a magic wand for cooperation in discovery.

Despite agreeing on a protective order, the parties in Fish managed to have protracted discovery over just two documents.

Then, there’s that video.

We live in an age where videos are ubiquitous parts of everyday life. It’s safe to assume everything we do in public is on video. Even in our own homes, friends and family are often broadcasting video that can be seen around the world.

Fish v. Kobach illustrates that some courthouses are still an exception to that general rule of life.

For instance, cameras are still not allowed in the U.S. Supreme Court, and the debate over whether to have video has raged for years. In 2007, then Associate Justice Anthony Kennedy testified before Congress: “If you introduce cameras, it is human nature for me to suspect that one of my colleagues is saying something for a soundbite. Please don't introduce that insidious dynamic into what is now a collegial court.”

Whether video is a vehicle for discovering the truth or an “insidious dynamic,” it’s not going away anytime soon. On this day after the election, here’s hoping Justice Kennedy’s hope for a collegiality carries the day in courthouses, statehouses, and people's houses everywhere.

How To Practice Law Like Abraham Lincoln: Be an e-Discovery Lawyer!

Election Day and the 'Impossible' Feats of e-Discovery