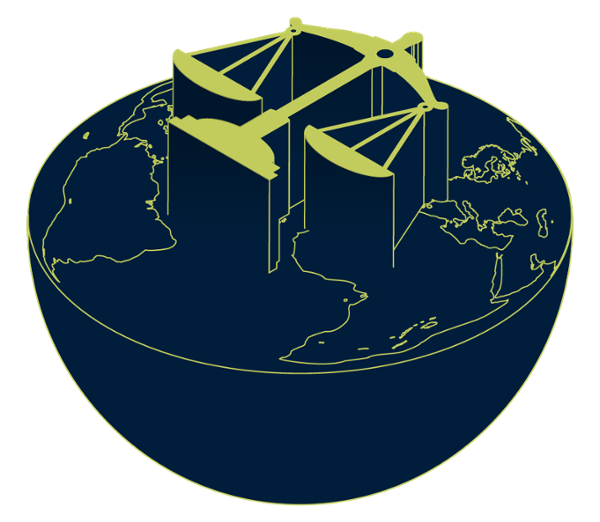 In October 2021, a group of Torres Strait Islanders filed a class action lawsuit against the Australian government. The suit alleges that the Australian government has failed to act on climate change and, as a result, is causing harm to First Nations people in the Torres Strait, such as the communities living on the remote islands of Boigu and Saibai, from sea level rise and other climate impacts.

The applicants — Uncle Pabai Pabai and Uncle Paul Kabai—along with their families, fear that the ballooning climate crisis will force their people to leave their ancestral lands. (Uncle is an honorific used by First Nations people in Australia to indicate seniority.) As sea levels rise and storms become more frequent and severe, these safe havens and sacred sites that have defined their heritage and culture will be swallowed up by the tides.

“I can’t imagine being forced to leave Boigu because this island is me and I am this island,” Uncle Pabai said. “There are 65,000 years of wealth and experience here. Losing Boigu will mean losing that.”

It’s a fight to prevent Torres Strait Islanders from becoming some of the world’s first climate change refugees—a reality that may be less than 30 years away.

“We need the Australian government to listen to us,” Uncle Paul said. “Let’s get a better future for our kids to live on.”

The Race to Throttle Climate Change in Australia

“The threat that they're up against is existential,” said Richard George of the Grata Fund. “If you lose the islands, they lose their identity.”

According to the Grata Fund, “This case is the first time that anyone in Australia has argued that the whole of the federal government—not just one minister or agency—has a duty of care to protect people from climate harm.”

Their argument follows in the footsteps of the Urgenda Foundation’s successful suit against the Dutch government, in which a 2019 Supreme Court victory ordered a significant reduction in greenhouse gas emissions.

Still, the path forward for the Australian applicants and their legal team won’t be a simple one. The Netherlands case took four years and two stages of appeal to reach its conclusion.

Already, complications caused by the COVID-19 pandemic have made building and filing the case challenging. When the team filed late last year, lockdowns and travel restrictions forced them to collaborate exclusively via technology.

“I first met Uncle Pabai and Uncle Paul face to face in December,” Richard recalled, “after filing in October.”

“Trying to represent groups not in your immediate jurisdiction is challenging as it is. Building a culturally safe space for the applicants—that’s one thing. But having to do it online makes the responsible and efficient use of technology critical.” added Cassandra Evans, an associate at Phi Finney McDonald.

The case was filed the same day as COP26, the UN’s Climate Change Conference in Glasgow, where the Australian government announced their commitment to achieving net zero emissions by 2050.

It’s a move in the right direction, but according to this team, it won’t be enough. In May 2022, Australians elected a new government with stronger climate change commitments: cuts of 43 percent by 2030 compared to 2005 emissions. But for the Torres Strait Islands to be saved, that figure will need to be increased to 74 percent.

To drive home this disparity and what it means to Uncle Pabai, Uncle Paul, and their communities, filing their case in tandem with COP26—and the global stage it provided—was crucial. Pandemic or not, 2030 is just eight years away. Cutting emissions by nearly three-quarters in that time will be a monumental effort, and so far, the legislative fire hasn’t been lit. There is literally no time to waste.

Collaborating to Confront What’s Ahead

Of course, weeks and months fly by when you’re tackling such a monumental task, and Richard, Cassandra, and the applicants are feeling the pressure. Arguably the most exhaustive and time-consuming part of any litigation—e-discovery—is up next in this case, and the team is eager to keep it moving as smoothly as possible.

“It feels like the sixth of June 2023 is a long time away, but from a litigation perspective, it’s so soon,” Cassandra said, explaining that their hearing is scheduled for less than one calendar year from now. “It’s critical that the discovery process is efficient at each step, because there are various other stages of the litigation underway at any given time.”

Phi Finney McDonald has taken on the case pro bono, and nonprofits like Grata Fund can’t simply throw every resource in the world at the extensive document review and analysis it will take to support their position and move the case along. For this reason, having the right technology on hand is an essential piece of the puzzle.

This is where RelativityOne comes in: “The technology will change the way we can manage all that,” Cassandra said. “Our in-house data scientist can run all kinds of analytics in RelativityOne, which can save us so much time in prioritising and categorising document review using functionality that can group common terms, link chains of emails, or exclude duplicate documents, for example.”

Here, “the tech will be useful in breaking down categories of people, documents, departments, and how all these things interact to ensure the evidence is presented in the most coherent way to the Court.” Cassandra continued.

Why Storytelling is the Secret to Meaningful Litigation

Moving efficiently through the next phases of the project will enable the case team to represent the applicants from afar, providing a platform for their story and a megaphone through which more of the global community can hear it and be inspired to take action.

“It’s a day’s travel, easily, to meet with Uncle Pabai and Uncle Paul face to face,” Richard said. “So much rests on their storytelling abilities. This case is about the human impact, the impact on culture and community, on family, on people, on the Country—everything. The more we can bring that impact out and organize the stories and inspire change, the better.”

Uncle Pabai, Uncle Paul, and their people are in very real danger. Building the case for the Australian government’s duty to protect them from harm caused by the climate crisis will be made possible with supporting data, smart legal strategy, and collaborative, hard work. That’s a reality with which e-disclosure and e-discovery experts everywhere are already quite familiar.

What’s different about this case is that its implications are truly, profoundly global.

“The team at Phi Finney McDonald is trying to solve a global problem and is working hard to help ensure First Nations people have access to advanced technology without being burdened by the economics of running this case,” said Gulsun Demirel, who leads Relativity's Justice for Change efforts in Australia. “We are honored to play a part in leveling the playing field and helping First Nations Peoples have their day in court.”

Ultimately, this case isn’t about figures, settlements, or the courtroom—it’s about action. Torres Strait Islanders may face the end of their way of life; only urgent effort can prevent that fate. The class action suit is a call to set targets on climate change in accordance with the best available science and in consideration of the impacts on Torres Strait Islanders, and is just one way of inspiring the world to take notice and push forward.

At the end of the day, few of us will ever have the privilege of seeing these islands or encountering their communities. But they have as much right as any of us to have their case heard.

Join us at Relativity Fest 2022 for an opportunity to learn from the best and brighest minds in the legal and compliance worlds.

The Case for Pro Bono: Fostering Justice for Change

Parental Rights, a Gas Station, and Access to Justice in the Virtual World

The Best Time to Start the ESG Journey Was Yesterday