Parental Rights, a Gas Station, and Access to Justice in the Virtual World 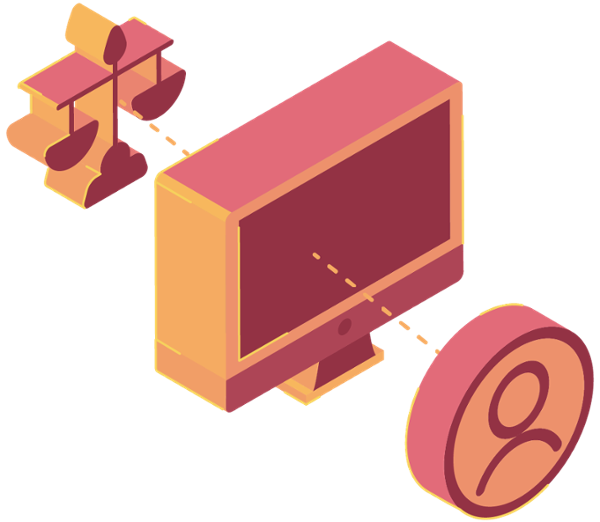 After two years of the pandemic changing life as we know it—figuratively and literally—the conventional wisdom is that the virtual world of courts and discovery is here to stay.

“Never again will we fly across the country or an ocean for a 30-minute hearing,” is a refrain we’ve heard many times as COVID has changed how the world and the legal profession work.

Although leisure travelers are, once again, flocking to airports, for businesses and the legal profession, Cisco WebEx, Microsoft Teams, and Zoom have supplanted American, Delta, and United for many matters.

Is it a good thing?

Organizations have done cost-benefit analyses on the virtual world.  You may lose personal contact and collaboration, but you may also enjoy substantial cost savings.

However, there are more fundamental considerations than the corporate or law firm bottom line.

Although the relative ease of remote communication may seem to open the doors of justice to more people, two Colorado Court of Appeals decisions provide cautionary tales of some of the challenges.

In response to a public health emergency declared in Colorado due to the COVID-19 pandemic, on March 27, 2020, the presiding judge of the Denver Juvenile Court issued an order that all hearings for all parties would be conducted by electronic means.

The order would play a role in two appellate cases challenging the result of remote hearings where courts terminated parental rights.

Given the sensitive nature of termination proceedings in cases involving minors, we will follow the lead of the courts and anonymize the names of the parties below.

As a result, Colorado child protection authorities initiated neglect proceedings, took custody of the newborn, and moved to terminate the legal relationship between the father and the child.

The juvenile court scheduled a hearing on the termination motion for February 2021.

After a brief recess, the court confirmed that R.B. had been trying to join the hearing without success, so R.B.’s counsel moved for a continuance.

In moving for a continuance, R.B.’s lawyer noted that—although R.B. had tried to contact him several times since being released from jail 12 days earlier—they had not been able to reach each other.

The attorney explained further that R.B. had a “WiFi only” phone, meaning R.B. could be reached and make calls only when he was in a location where he could access a WiFi signal. Judge Meinster continued the hearing without ruling on the motion for a continuance.

During closing arguments, R.B.’s attorney renewed his motion, letting the judge know he had learned that R.B., once again, had a challenge with his WiFi only phone. So he could attend the remote hearing, R.B. was using the wireless signal at a local gas station, but he had been asked to leave.

Judge Meinster denied the motion for a continuance. She said she could find “no manifest injustice” if the continuance were denied, explaining that she could find neither good cause for the continuance nor that it would be in the best interests of the child, adding that R.B. had ample time to prepare and that he was represented by counsel throughout the proceedings. R.B. appealed.

In his appeal, R.B. argued that the juvenile court abused its discretion in denying the motion for a continuance because he lacked internet access to appear and testify in a hearing that would result in the termination of his parental rights.

The Colorado Court of Appeals agreed.

In reversing the juvenile court, the appellate court held that the denial of the motion for continuance denied R.B. due process and was thus, an abuse of discretion.

Citing the Colorado appellate decision, In re R.J.B., the court noted, “a termination hearing via WebEx affords a parent due process when, among other things, the court is willing to make accommodations to ensure that a parent who wants to personally participate in the hearing is able to do so.”

In that prior case, In re R.J.B., 482 P.3d 519 (Colo. App. 2021), a mother, R.B., appealed the termination of her parent-child relationship with her child, R.J.B., arguing Juvenile Court Judge Laurie A. Clark abused her discretion in refusing to grant a continuance until an in-person hearing could be held.

R.B. argued a remote hearing denied her due process and equal protection due to:

The appellate court rejected these arguments against remote hearings and affirmed Judge Clark’s termination order, holding hearing via WebEx violated neither the mother’s due process nor equal protection rights.

On R.B.’s specific criticisms of remote hearings, the appellate court wrote, “a judge presiding over a hearing held via WebEx can address any difficulties with sound, video feed, or broadband issues as they arrive.”

The court wasn’t buying the arguments on surreptitious use of documents or secret conference with counsel argument either.

“Webex is a real-time video-conference platform in which all participants may view one another. As such, it allows the court and all counsel to observe a witness's demeanor, determine if the witness is relying on documents or other information, and view admitted exhibits as well as other documents that may be used for impeachment,” Judge Robert D. Hawthorne wrote for the appellate court.

That being said, we’ve noted some of the remote shortcomings in our initial coverage of the virtual world of law—and it would behoove us all to remember the virtual law trauma of “I am not a cat.”

The Federal Communications Commission estimates that, in rural areas, about a fourth of the population lacks access to broadband, and, as In re E.B. illustrates, not everyone has reliable internet access.

Miller, who specializes in digital hearings and virtual hearing technologies and who has served also as a consultant to the Royal Commissions of Inquiry, notes virtual innovation may the key.

“There are other ways to connect, not just the internet, and we have found our clients including courts and tribunals are very innovative when it comes to connecting to hearings. It has been not only fair, it has been successful,” Miller said.

Nevertheless, even if courts are innovative in their use of technology, should we end the use of virtual hearings due to the risk of technological failures denying access to justice?

Justice Tanya R. Kennedy believes it’s too late for that. Instead, she believes we should stick with technology and fix the problems in the interest of access to justice.

Not commenting on the Colorado cases specifically, she believes there’s room for improvement across the nation.

“Technology in the courts began before COVID, and it isn’t going anywhere, but whether it’s a lack of broadband access or even the lack of computers in marginalized communities, inequities need to be addressed for the virtual world to succeed,” the New York jurist said.

“Technology is not the enemy here. If inequities are addressed, technology helps rather than hinders access to justice,” she added.

“Many people in the nation today lack the resources for proper legal representation, and there are countless Americans who lack the technology for litigating in virtual settings, but that doesn’t mean we should reject virtual legal proceedings and the many access to justice benefits technology can bring,” Justice Kennedy said.

Why the Colorado Custody Cases Matter

When someone’s access to the courts depends on the internet connection at a local gas station, we’ve got an access to justice problem.

But how should we address it?

At this year’s University of Florida Law E-Discovery Conference, 69 percent of respondents preferred in-person depositions to remote depositions, and although US Magistrate Judge Patricia Barksdale conceded that some proceedings work really well by video and that Federal Rule of Civil Procedure 1’s call for speedy and inexpensive proceedings may dictate the use of video—she still expressed her preference for in-person proceedings.

However, U.S. Magistrate Judge Gary Jones agreed with Justice Kennedy on the virtual world of law being fait accompli. On the remote proceeding, he predicted:

“I think it’s here to stay. It saves the parties a lot of money doing depositions remotely, and—if done correctly with appropriate protocols—it works well, so I think it’s the future of what we’re going to see in litigation.”

Nevertheless, the Colorado custody cases matter because they serve as a reminder that rushing into something new can have unintended consequences.

However, finding an internet connection might have been easier for R.B. than managing to get to a distant courthouse. We should strive for a level playing field in courts of law—especially when one party has the power and resources of the government behind it. Perhaps the virtual hearing can offer better access to justice in most cases.

Besides, even the well-heeled hipsters at Starbucks lose their internet connection from time to time. 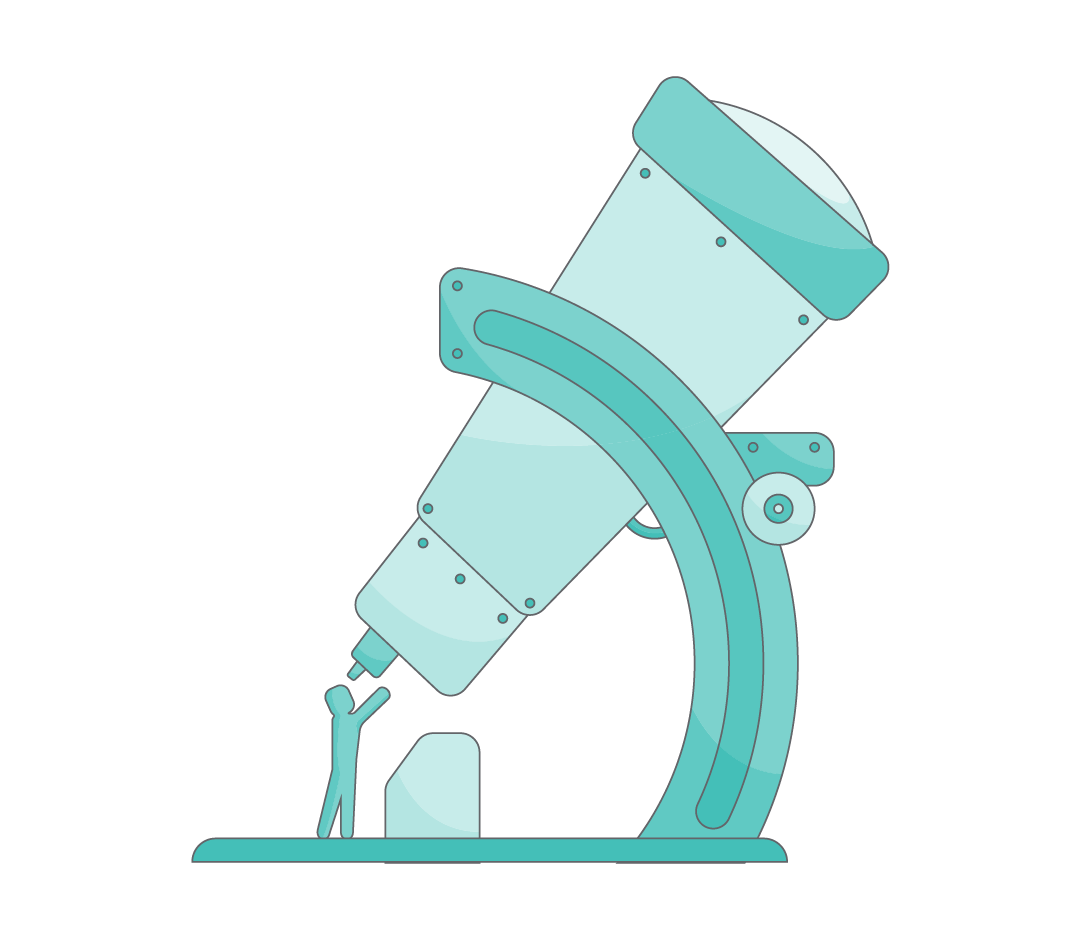 Legal leaders giving their takes on what to expect for 2022 in the fields of e-discovery, compliance, data privacy, data protection, and life in general in this fast-paced 30-minute program.