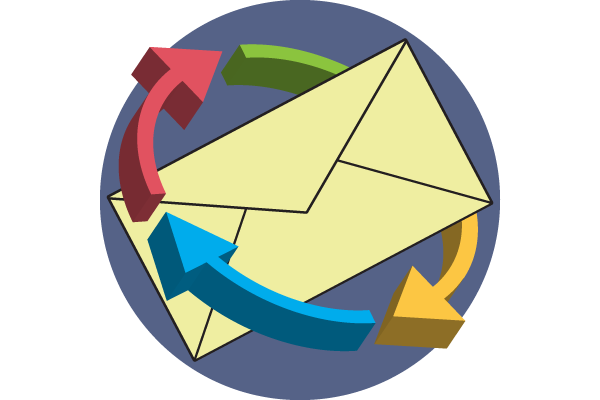 Editor's Note: This article was first published in Legaltech News.

Student loan servicers are the companies people love to hate. Our European friends are appalled at the high cost of higher education in the United States, which necessitates students going into debt for years to pay for school.

Consumer groups have been critical of student loan servicers, the US Department of Education and the Consumer Financial Protection Bureau have had to set up offices to deal with complaints, and the Federal Trade Commission has settled a complaint alleging misrepresentation by a student loan servicer.

An allegedly devious and ingenious group of lawyers stand accused of trying to cash in on student loan servicer abuse by tricking the student loan servicer, Navient, into breaking federal law, generating legal fees galore for the alleged conspirators and millions in losses for Navient.

Not surprisingly, discovery disputes ensued. Navient Solutions, LLC v. Law Offices of Jeffrey Lohman, No. I:19-cv-461 (E.D. Va. Apr. 20, 2020), provides a guide to the crime-fraud exception to the attorney-client privilege and a gentle reminder that a First Amendment argument based on the Noerr-Pennington Doctrine will get you absolutely nowhere in a discovery dispute.

The crime-fraud argument presents an apparent case of first impression in the Fourth Circuit—with other federal circuits split on the issue of what happens when it’s only the lawyers—and not the clients—accused of the alleged crime or fraud.

The student loan servicer, Navient Solutions LLC, alleges that at least one law firm conspired to game the system and make money off struggling debtors by failing to settle their debts and engaging in a scheme to trick Navient into violating federal law.

Crime-Fraud by the Lawyers?

The Lohman Firm refused to turn over the email, countering that the crime-fraud exception did not apply when only the attorney—and not the client—had allegedly committed the crime or fraud.

During the briefing period on the motion to compel, the Lohman firm changed law firms, and on January 17, 2020, a magistrate judge granted the motion to compel, ordering the law firm to turn over the email. On January 30, 2020, the Lohman Firm objected to ruling to the district judge. The law firm raised two new arguments: 1) that Navient had not made a prima facie case of crime or fraud, and 2) that the law firm was immune from liability under the Noerr-Pennington Doctrine.

In February 2020, the district judge remanded the matter to the magistrate judge, noting that under the Magistrates Act, a magistrate’s decision should not be disturbed on the basis of arguments not presented to the magistrate.

On remand, the magistrate judge not only rejected the law firm’s arguments on the crime-fraud exception to the attorney-client privilege, ordering them, once again, to hand over the email—but also sanctioned the law firm $19,650 for Navient’s attorney fees in responding to the law firm’s new arguments, agreeing with Navient that the Lohman Firm could have made the arguments months ago, saving everyone time and money.

In its April 20, 2020 decision, the district court overruled the magistrate judge’s sanctions order, noting that the Lohman Firm had changed law firms and that the new law firm’s litigation strategy did not warrant sanctions.

However, the Lohman Firm wasn’t as fortunate on the attorney-client privilege arguments. The district judge upheld the magistrate judge on the crime-fraud exception, ordering production of the privileged email, rejecting the law firm’s arguments, and warning the law firm that if it made any more frivolous arguments—such as its Noerr-Pennington argument—it would face sanctions.

The Lohman Firm’s argument that the crime-fraud exception to the attorney-client privilege did not apply because only the attorney—and not the client—was involved in the alleged crime or fraud constituted a case of first impression in the Fourth Circuit, which includes this Virginia Court. However, other circuits have addressed the issue.

In In re Grand Jury Proceedings, 417 F.3d 18, 23 (1st Cir. 2005), the First Circuit’s holding supported the Lohman Firm’s argument that the crime-fraud exception did not apply.

“It is not apparent to us what interest is truly served by permitting an attorney to prevent [an] investigation of his own alleged criminal [or fraudulent] conduct by asserting an innocent client's privilege with respect to documents tending to show criminal [or fraudulent] activity by the lawyer. On the contrary, the values implicated, particularly the search for the truth, weigh heavily in favor of denying the privilege in these circumstances,” the Navient court wrote, citing the Third Circuit in In re Impounded Case.

In addition, the Navient court rejected the argument on the Noerr-Pennington Doctrine. The Noerr-Pennington doctrine protects the First Amendment right to petition the government for a redress of grievances by immunizing citizens from the liability that may attend the exercise of that right.

The Navient court pretty much shredded the law firm’s argument, noting that the Noerr-Pennington Doctrine is an exception from liability—not a bar to the discovery of evidence. In addition, the court said the allegations appear to invoke the doctrine’s sham litigation exception.

When we think of the crime-fraud exception to the attorney-client privilege, we think usually of the client being the one committing the crime or fraud.

The crime-fraud exception tends to apply when the client is committing or intending to commit a crime or fraud or when the client communicated with the lawyer in an attempt to further or cover up the crime of fraud.

Navient is noteworthy because it was the lawyers who are the alleged bad guys, not the clients.

The contemporaneous nature of the alleged scheme is important because—had the Lohman Firm’s communications been about past crimes or frauds—the crime-fraud exception would almost certainly not apply. In contrast, in Navient, the court believed the crime-fraud exception applied because of the close relationship between the privileged communications sought and the purported criminal or fraudulent conduct.

Some may cheer the law firm’s somewhat ingenious—albeit allegedly fraudulent—scheme. After all, they stuck it to the big, bad student loan servicing company that broke the law. However, we shouldn’t forget the student loan debtors who had their credit trashed by the alleged scheme.

Of course, Navient serves also that trying to use the Noerr-Pennington Doctrine in a discovery dispute is probably not going to work.

Moral of the Story: If you’re a lawyer committing a crime or fraud and get sued over it, the opposing party is probably going to get to read your email—even if they’re privileged—and even if your client wasn’t in on the bad behavior.