What Judges Want: Guidance from the University of Florida E-Discovery Conference 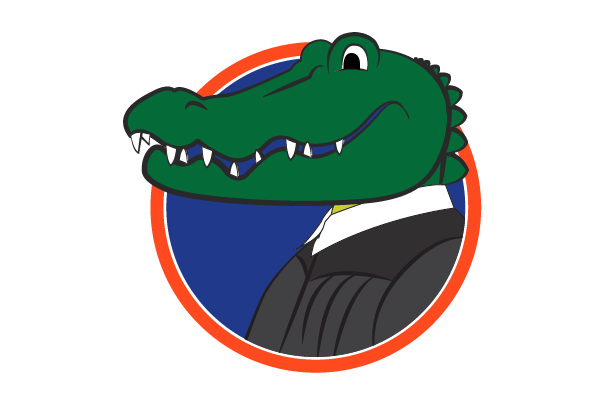 In late March, e-discovery experts from across the nation gathered in Florida for the 7th Annual University of Florida Law E-Discovery Conference. Organized by UF Law professor William Hamilton, the event has become one of the country’s largest electronic discovery conferences, with over 700 in-person and online attendees.

In addition to what I called the “Holy Trinity of 2015 e-Discovery Amendments: Cooperation, Proportionality, and Sanctions,” the judges stressed the importance of everyday issues such as privilege logs—and they weren’t sure those 2015 amendments to the Federal Rules of Civil Procedure had made things more cooperative in e-discovery.

We’re now over three years into the new rules. Has cooperation in e-discovery improved? Not all the judges thought so.

One topic was whether the Rule 16 requirement for requesting a conference with the court before moving for a discovery order would improve cooperation.

However, in an earlier session at the University of Florida conference, ESI attorneys principal Kelly Twigger questioned the need for such court conferences.

“Does this really take five emails and a motion to compel?” Twigger recommended lawyers ask themselves. “Just pick up the phone and call,” she implored.

“I like ‘pick up the phone and work it out.’ As adult professionals, that’s always the way to go,” the judge said.

“I’m a champion of judges being more involved. I think early involvement educates the court; it makes the case more efficient, and it’s sort of like putting out a fire—it’s a lot easier to put out a fire when it starts rather than when the whole forest is on fire,” Judge Jones said.

Judge Artigliere observed that one of the reasons lawyers have difficulties with the concept of cooperation in litigation is because they don’t understand what it really is.

Noting that cooperation doesn’t mean you can’t be a strong advocate for your client, Judge Artigliere referred to one of his mentors, Florida lawyer Bob Trohn, as a very cooperative lawyer—but not in the way most people think.

“He was the epitome of a zealous advocate—he was a bulldog. However, he never misrepresented anything, he never held anything back, and he was as honest with the opposing party as he was with his partners,” Judge Artigliere said.

However, feelings on the panel weren’t unanimous.

“I do understand the pushback on cooperation,” Judge McCoy said.

“I agree with the spirit and notion of what the other judges have said,” McCoy noted, but he added, “Maybe it’s my experience of being on the defense side of civil litigation where it’s been asymmetrical, where you’re the one sharing more. It can get uncomfortable very quickly.”

Of course, Judge Jones gave perhaps the best reason lawyers should cooperate in e-discovery: “It saves their clients a tremendous amount of money, and they get better results.”

For advice on how to achieve cooperation, Judge Matthewman said: “The first thing a practitioner should do is read the local rules. Second, there will almost always be a standing discovery order and a scheduling order. Read them—they’re mandatory, not aspirational.”

“Cooperation does not mean you can’t zealously defend your client—the two are not mutually exclusive,” Judge Matthewman said, summing up the cooperation discussion.

Another amendment from 2015 was to Fed. R. Civ. P. 34(b)(2)(B), which required that objections must “state with specificity” the reason for the objection. In essence, the rule bans the boilerplate—the stock objections lawyers would make to every document request.

Judge Matthewman has seen some improvement since the rule was amended, and he has told lawyers that boilerplate objections “are simply no objection.”

When asked if the boilerplate problem was getting any better, Judge McCoy replied emphatically.

“I see them every [pause] single [pause] day. It has not gotten better. It is staying exactly the same, and sometimes I think boilerplates are the bane of my existence,” Judge McCoy said.

Judge Artigliere noted that—in the days before e-discovery—lawyers would deliver productions of paper documents in boxes with boilerplate forms on the top of the boxes. The forms would be 8-10 lines and would say, “Without waiving objections, the documents are attached.”

Judge Artigliere’s thoughts on why we see those boilerplates? “Laziness and lack of preparation on the part of the attorney,” he said.

He’s not the only one feeling that way. Judge Matthewman said the boilerplate could be sending you down the road to sanctions.

“There’s not one judge I’ve ever met who said, ‘You know, I really liked that boilerplate.’ If you really want attorney fee awards entered against you, use boilerplates.” Judge Matthewman said.

How to avoid the boilerplate?

Judge Barksdale challenged the lawyers in attendance to draft their next discovery motions without using any motion they’ve used in the past.

“Start fresh—be confident in your originality,” Judge Barksdale said. “Reread the 2015 amendments, read the Committee Notes, and start from scratch.”

Sanctions were the other big topic for the judges, and the 2019 University of Florida Judicial Panel had an interesting proposal for determining the “intent to deprive” under the amended Rule 37(e).

In considering the “intent to deprive” standard required for the most serious sanctions under the 2015 amendment to Fed. R. Civ. P. 37(e), Judge Irick gave a different perspective than most e-discovery conference speakers.

“Jurors are probably in the best position to determine intent. It’s not that judges want to punt—it’s just putting something in the hands of a greater number of people to do something they were originally designed to do,” Judge Artigliere said.

Why What the Judges Want Matters

Well, if you’re like me, you’d rather not be held in contempt of court.

In all seriousness, keeping the judge happy is something litigators should probably consider to be part of their duties to their clients.

More importantly, whether it’s re-reading the 2015 amendments and Committee Notes before drafting discover motions from scratch, picking up the phone and calling opposing counsel instead of filing a motion to compel, reading the local rules, standing discovery orders, and scheduling orders, having juries make the factual determination of “intent to deprive,” or generally cooperating in e-discovery, what the judges said they wanted at the 2019 University of Florida Law E-Discovery Conference provides an excellent roadmap for the e-discovery practitioner.

Are the 'Legal Elite' in an Echo Chamber?

Are Your Cases Won and Lost on Cooperation?