High-Tech Hearsay: Can a Computer Be a Person for Legal Purposes? 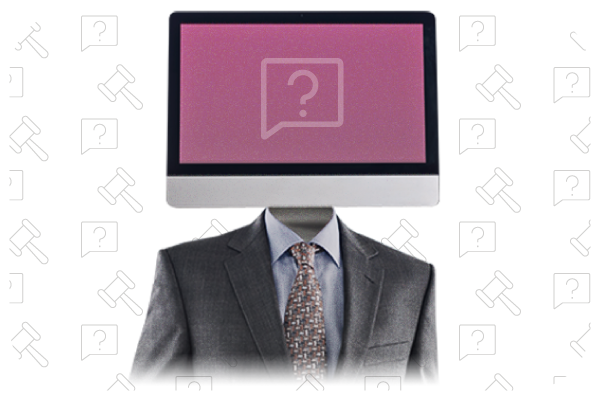 People are often amazed that the US Supreme Court considers a corporation to be a person for some legal purposes.

In the election funding case, Citizens United v. FEC, No. 08-205 (U.S. Jan. 21, 2010), and other matters, the High Court has held corporations are people as it has expanded corporate rights in recent years.

But what about computers? Can computers be people in the eyes of the law?

It’s more than an esoteric question for legal scholars. It can decide cases, and it does. In fact, a central consideration in a recent Arizona appellate decision, Stuebe v. Arizona, No. 1 CA-CR 19-0032 (Ariz. App. June 30, 2020), is whether a computer-generated video notification should be considered hearsay.

During a night in February 2018, law enforcement in Maricopa County, Arizona, responded to a 911 call from a security company. A silent alarm had been triggered at Zenjero Falls West, a Glendale, Arizona, commercial property featuring upscale office suites and Spanish architecture that had never been occupied, sitting vacant for years after foreclosure, a victim of Glendale’s bust after its boom.

Upon arrival at Zanjero Falls West, law enforcement saw two people running toward an SUV. When they stopped the SUV, Jerry Stuebe was a passenger in the vehicle. Going back over the SUV’s path, law enforcement discovered two large bags containing copper wire, bolt-cutters, and other burglary tools.

Just when you thought things couldn’t get any worse for Mr. Stuebe, they did.

Zanjero Falls West’s property manager testified he received an automated, computer-generated, email from the security company after a motion-sensor security camera was activated. A video file was attached to the email and the email specified the date and time that the video was recorded. Over Stuebe's hearsay objection, the superior court admitted the email and the video in evidence.

A jury convicted Stuebe of third-degree burglary, a felony, and the trial court sentenced him to 10 years in prison. Stuebe appealed, arguing the trial court erred in admitting into evidence the email and attached video generated by the surveillance system.

Stuebe argued the email and video were inadmissible hearsay and that introducing the evidence violated his rights under the Confrontation Clause of the Sixth Amendment to the US Constitution.

Hearsay Against the Machine?

Next to the Rule Against Perpetuities, the Hearsay Rule may be one of the most despised concepts in law school.

Stated simply, the rule bars the admission of out of court statements offered to prove the truth of the matter asserted.

For instance, if Chauncey testified Wadsworth told Chauncey he cheated on his wife—and Chauncey’s testimony was being introduced by Wadsworth’s wife’s lawyers in their divorce proceedings to prove Wadsworth committed adultery—the testimony would be inadmissible hearsay.

However, if Chauncey’s testimony were introduced at Wadsworth’s murder trial—to establish the alibi that Wadsworth was with Chauncey and not murdering Collinsworth because he was angry about Collinsworth’s NFL coverage—it would not be hearsay.

Because the evidence was not introduced to establish the truth of the matter asserted—that Wadsworth was cheating on his wife.

Applying this hypothetical to the legal dispute in Stuebe, the state offered the computer-generated email and video (the “statement”) for the truth of the matter asserted (that Stuebe burglarized Zanjero Falls West).

But what about that “statement” being made by a non-person machine?

Computers are People, Too?

(1) the declarant does not make while testifying at the current trial or hearing; and

(2) a party offers in evidence to prove the truth of the matter asserted in the statement.

Because, Ariz. R. Evid. 801(a) and (b), the rule against hearsay applies to “a person's” statements and “the person who made the statement,” an important legal question was whether a machine that generates information may qualify as a “person” under the rules. Unfortunately for purposes of this discussion, the rules do not define “person.”

Because Arizona—as do many states—models its evidentiary rules on the Federal Rules of Evidence, courts turn to federal interpretation of evidentiary issues.

Federal courts have held generally that computer results are not hearsay. In United States v. Lizarraga-Tirado, 789 F.3d 1107 (9th Cir. 2015), which was cited by the Stuebe court, the 9th Circuit held GPS tracking did not constitute hearsay.

The Lizarraga-Tirado court observed that the satellite image itself, like a photograph, makes no assertion, so it’s not hearsay. However, the court conceded that the Google Earth GPS placing a tack at the coordinates presented a trickier question.

The Lizarraga-Tirado court conceded also that there were other evidentiary concerns, such as a malfunction or tampering, but no hearsay. The court joined several other courts in holding that machine statements are not hearsay.

Federal circuit courts of appeal concluding such “machine statements” by computers do not constituting hearsay include cases involving:

We’ve noted before that legal questions become more complicated when computers take on more tasks performed traditionally by humans. For instance, can a computer engage in the practice of law?

In bygone days, a private investigator would have recorded a video of the incident and delivered it to the property manager. You can bet that the private eye would be testifying, so there would be no hearsay.

However, today, we have computerized silent alarms that record video to email automatically. If the digital evidence is offered into evidence, it could certainly be offered to prove the truth of the matter asserted.

But is it a statement? Does it trigger the Six Amendment’s Confrontation Clause?

Using case law examples over DNA results, breathalyzer results, and urinalysis data, Barry notes, “Courts, for the most part, appear unconcerned with the rise in the number of ‘witnesses’ immune to cross-examination.”

Courts may have rejected these attempts to hold computers accountable as we would humans, but the danger is real.

As Professor Barry notes, computers are the creation of imperfect humans, which in turn, makes them imperfect. What happens when computers learn to lie? It’s a Brave New World.

Social Media Law: The First Amendment Right to Trash Your Spouse on Facebook