The Attorney-Client Privilege: Perspectives from Japan and the Americas 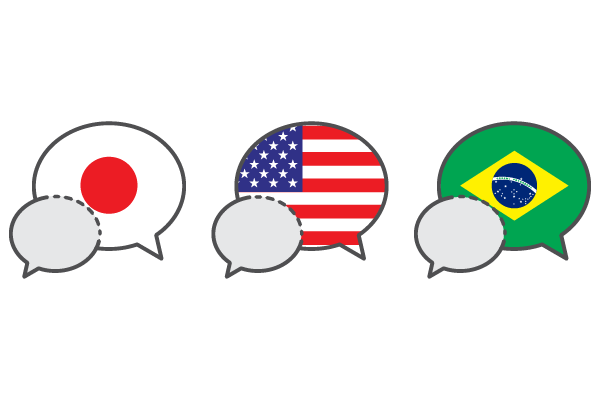 It goes without saying that the attorney-client privilege and the work product doctrine are fundamental components of U.S. law—especially in the field of e-discovery.

With the purpose of encouraging full and open dialogue between lawyers and clients, the attorney-client privilege protects the confidentiality of communications, and the work product doctrine protects lawyers’ work prepared in anticipation of litigation.

But what about the rest of the world?

At the recent Tokyo Summit, produced by the CJK Group, legal commentators focused on issues ranging from data privacy to discovery to diversity. Not surprisingly for a program held at the Tokyo American Club, most discussions focused on legal issues affecting Japan and the United States.

However, Japan and the United States weren’t the only jurisdictions analyzed at the Tokyo Summit. Brazil entered the picture in a discussion on how the attorney-client privilege is—or is not—applied in United States, Japan, and Brazil.

As the unofficial litigation capital of the world and a common law jurisdiction (with the hybrid exceptions of Louisiana and Puerto Rico), the United States has robust protections for attorney-client communications and attorney work product.

Of course, these protections are not absolute. As e-discovery practitioners know, they can be waived inadvertently, and there are limitations, such as the crime-fraud exception to the attorney-client privilege, excluding protection if the communication is made in furtherance of a crime or fraud.

In civil law nations, such as Japan and Brazil, the obligation to disclose data is generally very limited, making e-discovery, the attorney-client privilege, and the work product doctrine much less of an issue in most matters. In fact, it’s often assumed that civil law nations don’t have an attorney-client privilege, but it’s not that cut and dry. For instance, in Brazil, there is protection for confidential communications—at least on paper.

Brazilian law provides for a duty of client confidentiality for lawyers, and the relationship is guided by Estatuto da Advocacia e da Oab - Lei 8906/94 (Law No. 8906 of July 4, 1994, Statute of the Legal Profession).

Brazilian law provides also for what we in the United States would refer to as the work product doctrine, protecting a lawyer’s workplace, work tools, and work product.

“Although there are very limited exceptions, Brazil is crystal clear in recognizing the privilege in communications between attorneys and their clients,” said Eloy Rizzo, partner and vice chair, Compliance, Investigations & White Collar at Koury Lopes Advogados (KLA) in Sao Paulo.

Although Brazil’s recognition of an attorney-client privilege may be crystal clear, according to Rizzo, its implementation may not be.

Corruption in the Car Wash

Operacao Lavo Jato, or “Operation Car Wash” in English, has been called the biggest corruption scandal in Brazilian history—perhaps the biggest scandal in the history of all of South America.

Although the investigation began with alleged bribes at Petrobas, the scandal expanded to engulf politicians and business executives, resulting in over two hundred convictions, according to the Council on Foreign Relations. Among those ensnarled in the scandal include former presidents Luis Inácio “Lula” da Silva and Michel Temer.

As the investigation expanded across Brazil, KLA’s Rizzo noted that, although the attorney-client privilege was on the books, it wasn’t always followed.

“Notwithstanding the fact that this privilege is guaranteed by law, in the Car Wash probe, we have seen situations in which such privilege is ignored,” Rizzo said.

One example Rizzo gave involved attorney work product when, during a pre-dawn raid at a Brazilian construction company, a memorandum of law was seized and leaked to Brazilian newspapers.

Due to this lack of respect for the attorney-client privilege and the work product doctrine, Rizzo says he has taken additional steps to protect client confidentiality.

“What I have been doing in some of our most sensitive cases in the recent years is not sharing written investigative reports with our clients,” Rizzo said.

Instead, he takes a personal approach to protect his clients.

“We actually invite our clients to come to our offices or we get into a plane to their headquarters, just to make sure that—if there’s a dawn raid—the results of investigation will not be in the front page of every Brazilian newspaper," Rizzo added.

No Privilege in Japan?

When asked about the attorney-client privilege in Japan, Kawai and Miyake noted that there really wasn’t one.

Could that be changing?

Kawai notes that, in 2014, the Nihon Bengoshi Rengokai (Japan Federal Bar Associations—JFBA) established the Working Group on Principles of Protection of Confidentiality of Communications between Attorney and Client (PPCC).

The PPCC spent two years researching attorney-client privileges around the world and the need for similar principles in Japan, and in February 2016, the working group issued its Basic Recommendation for Establishment of Principles of Protection of Confidentiality of Communications between Attorney and Client.

Although the PPCC recommended bringing these protections to Japan, they have yet to be implemented.

According to D. James Pak, a Los Angeles-based partner at Baker McKenzie, who spoke on another panel at the Tokyo Summit, it can come down to an issue of international comity, or the mutual respect nations have—or at least should have—for the laws of other nations.

“As a U.S. litigator, if I have a conversation with a Japanese client—even if that conversation takes place in Japan—it’s still privileged from a U.S. perspective, and it will be upheld in U.S. courts,” Pak said.

Pak offered another hypothetical that could test this comity theory.

“What if a U.S. lawyer had a conversation with a Japanese client in Japan—but on an issue involving U.S. law in a Japanese court?” Pak asked rhetorically. “I believe the right outcome should be that the Japanese courts should respect the privilege under the theory of international comity, but it’s less certain what would happen in a Japanese court.”

Why These Privilege Questions Matter

The United States, Brazil, and Japan provide a roadmap for the complexity of the privilege question when doing international legal work—with the United States having robust protection with exceptions; Brazil having protections in the law, but sometimes not in practice; and Japan not having codified protection.

Why does it matter?

First, these differences affect the way lawyers practice. For instance, U.S. lawyers may make copiously detailed notes and memos, but, as KLA’s Rizzo noted, lawyers in Brazil will often avoid putting things in writing—and the same is true in Japan. Second, these complexities create ambiguities in practice, running the risk of waiving privilege if disclosures occur in jurisdictions where there is little or no protection. In essence, these differences can create landmines for the lawyer.

What Judges Want: Guidance from the University of Florida E-Discovery Conference