Why 'Suits' Falls Flat on e-Discovery 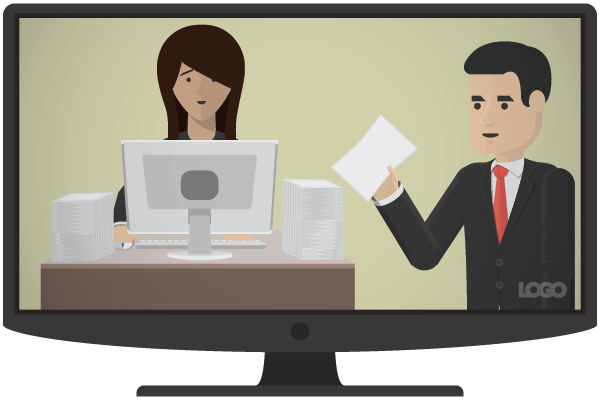 I wonder how many people who fell into the legal field started out with images from Law & Order dancing in their heads.

I know I did. When I started at Relativity, I thought all my pre-interview research, combined with the Law & Order marathons that peppered my free time, gave me a shallow but decent grasp of what discovery meant.

Now, it strikes me time and again just how wrong the TV shows get it.

We’re going to be in the UK next month for Relativity Fest London, and, in case you haven’t heard, a famous American will be there for another (admittedly larger) event taking place a couple of weeks later: the royal wedding.

It’s that event which has given another legal drama plenty of pop culture attention in recent months (though it’s been on the air since 2011): Suits will soon see one of its original cast members, Meghan Markle, marry a prince. Naturally, folks are now asking all kinds of questions about USA’s original series.

Given the nature of our work, our team’s first question was simple: what do they have to say about e-discovery? The show focuses on the corporate side of the law, after all—the side that tends to bear the biggest brunt of e-discovery requirements.

The funny thing is that “e-discovery” pretty much never comes up in Suits. You know what does? Plain old paper “discovery.”

Pearson Specter Litt—the law firm at the center of the show—is at least once compared to a real Am Law 100 firm in terms of size, and given that nearly every Am Law 200 firm is using an e-discovery platform, it seems like an oversight to leave out this aspect of legal proceedings. After all, it’s a critical component of exactly the types of civil suits Harvey Specter and the fraudulent Mike Ross tackle every day.

Now, I get it. A file room stacked high with years of paper can be an excellent place for television characters to confront one another with startling truths. One costar stomping over to another’s office to hand him a smoking gun is probably a more visually appealing plot twist than them tagging each other, from desks across the building, on that record in a review workspace. In this sense, there’s something to be said about the dramatic effect of paper discovery.

I think those in the real legal world, though, will agree that a love of drama is far outweighed by the need for efficiency. (There’s plenty of drama to be had in e-discovery as it is, what with tight deadlines and huge data volumes and nonstop innovation.)

So, just for fun, let’s take a look at three pivotal Suits plots that would’ve been made much less interesting by the proper application of good e-discovery technology. (Take note: there are spoilers ahead if you haven’t seen the show.)

1. The Memo that Got Donna Fired

In season two, Harvey faces a law suit accusing him of fraud on a case he’d worked a few years earlier. Opposing counsel claim that a car company client of Harvey’s sent a him memo indicating they knew of engineering defects in their vehicles. The defects were under fire in a lawsuit filed against them, which Harvey went on to win. So, the memo in question would indicate that Harvey knew his client was aware of the defect, but went through the litigation claiming they didn’t. Thus, the accusation.

The memo was supposedly mailed to Harvey. Which would’ve meant his trusted secretary, Donna, would have accepted it on his behalf and given it to him. She’s convinced she never got it. Harvey says he has never seen it. Digging through old file boxes, Donna discovers it—with her receipt stamp on it—and shreds it in a panic at losing her job for the oversight. Of course, then she loses her job for that. It’s later discovered that the document was planted by a rival at the firm, and she gets her job back.

Now, had this all been conducted the modern way, a search of Harvey’s email communications with that client during the time in question could’ve shown whether that memo came into his inbox. Metadata could’ve confirmed who sent it and when, as well as whether Harvey or Donna accessed it. And it would take a lot, even for an insider, to fake all of that with any hope of getting away with it.

2. The Smoking Gun Against Liberty Rail

Another Donna story, this time from season four: to get Mike out of a tight spot on a case, Donna poses as a government official to gain access to a file room at a rail way office. The receptionist allowed her to get copies of several months of maintenance records involving Liberty Rail (the opposing party on Mike and Harvey’s current case), thinking she had proper credentials as a representative of the National Transportation Safety Board. The gang then used those records to pull a smoking gun against Liberty Rail.

Their success is brief, though, because Donna’s fraud is discovered and she faces criminal charges.

The lesson here is pretty simple: digital records and a decent cybersecurity policy would’ve made Donna’s fraudulent access largely impossible—possibly meaning the loss of their original case against Liberty Rail, sure, but also sparing the scare of prison time that followed.

3. The Stressful Review of a Document Flood from Anita Gibbs

Anita Gibbs is the prosecutor who’s coming after Mike for fraud in season 5. She plays a tough game—and a familiar game, to e-discovery professionals.

A classic data dump kicks off the beginning of one episode, and the judge accompanies it with a court date just two weeks away. That leaves Mike and the rest of the Pearson Specter Litt team with very little time to comb through many, many boxes full of documents (which are scattered in stacks around the firm’s swanky offices). Sound familiar?

Of course it does. That’s because you know that, if that production had been digital and the review had been assisted by nifty tech like clustering or even simple email threading, the document that Donna found to reveal one of Gibbs’s witnesses and highlight a next step in the team's case strategy would’ve come up a lot faster. Good e-discovery is often conducted in impressively quick time these days.

What legal dramas do you love (or love to hate)? How do they compare to your real-life work? Let us know in the comments or on Twitter and you could be featured in an upcoming blog post.

What Our TV Dads Taught Us about the Legal World

Prime Time e-Discovery: Even 'The Good Wife' Struggles with Keywords