Coming down to the wire on a two-week deadline, KordaMentha used active learning in Relativity to help a financial company adhere to a regulator’s complex request for information.

The pressure was on when an Australian financial company received a regulatory request for information. The regulator was investigating how the company and its competitors priced their products. After assessing the request, the company handed over documents they believed met its requirements. But, the regulator was not satisfied.

What started off as an easy request evolved into a more serious matter. The company had two weeks to provide the necessary documentation—or face potential sanctions.

With fines on the line and a quick turnaround time, the company brought in KordaMentha to help.

This level of regulatory oversight was new for KordaMentha's client. In recent months, Australian regulators have put more pressure on companies to provide disclosure documentation.

"At the moment, we’re having a formal public inquiry into our financial sector," said Craig Macaulay, executive director of KordaMentha’s forensic technology team, referring to the Royal Commission in Australia.

For years, consumer and whistleblower groups have implored officials to establish the commission to identify instances of misconduct among financial organizations. So, in 2017, the Royal Commission came to fruition.

With the commission, the tides began to turn for financial entities who are now tasked with providing more documentation to officials.

Back to Square One with Collections

To adhere to the request, KordaMentha first assessed the documents that the regulator deemed insufficient. Next steps entailed finding the remaining available data in the organization’s file server. KordaMentha looked through infrastructure diagrams to see where the company stored data. Then, the KordaMentha team had meetings with key stakeholders to learn where the company kept their data so KordaMentha could advise their client on the best collection approach.

"The regulator’s criteria for relevancy was very complex," said Grant Whiteley, executive director of KordaMentha. "We had to take the time to assess the documents and have these conversations with company employees. Then, our client could move forward with a targeted collection."

KordaMentha then pushed 1.2 million documents into Relativity Processing, which took less than 48 hours to complete. Following the processing job, the team was ready to move into the next stage—active learning in Relativity Analytics.

"We knew this case would be ideal for active learning," Craig said. "When it comes to crunch time, e-discovery teams use active learning to find the documents that matter within a large review set."

“We knew this case would be ideal for active learning. When it comes to crunch time, e-discovery teams use active learning to find the documents that matter within a large review set.”

KordaMentha excluded images and documents lacking text from the active learning project. Then, KordaMentha worked with the company’s ten-person review team to identify which documents they should flag as relevant and privileged.

"We placed a lot of focus on the upfront training of reviewers to ensure consistent coding," Grant added.

Behind the scenes management and reporting were critical to the process’ success.

"By incorporating Relativity Analytics into the workflow from the start, we were able to build custom reports and visualizations that quickly identified problems and assisted to measure accuracy of the process" Grant added. "Due to the open nature of the platform, we built a framework that monitored the active learning model and demonstrated the implication of simple coding decisions to the review team." 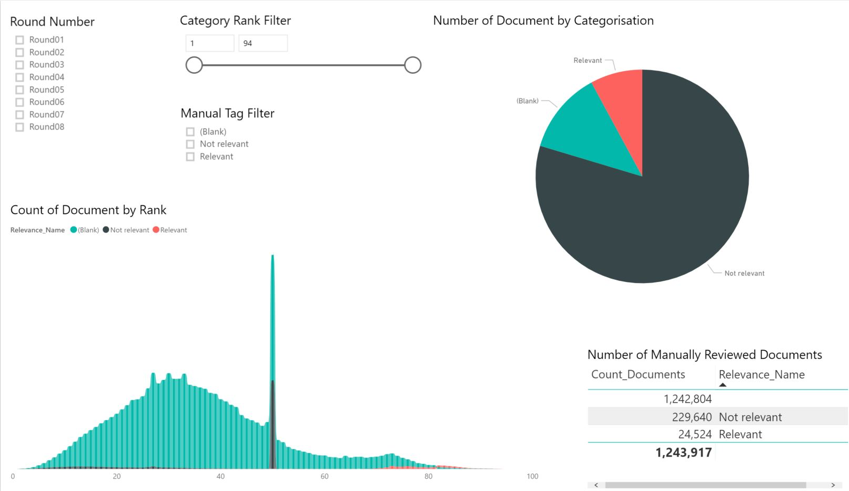 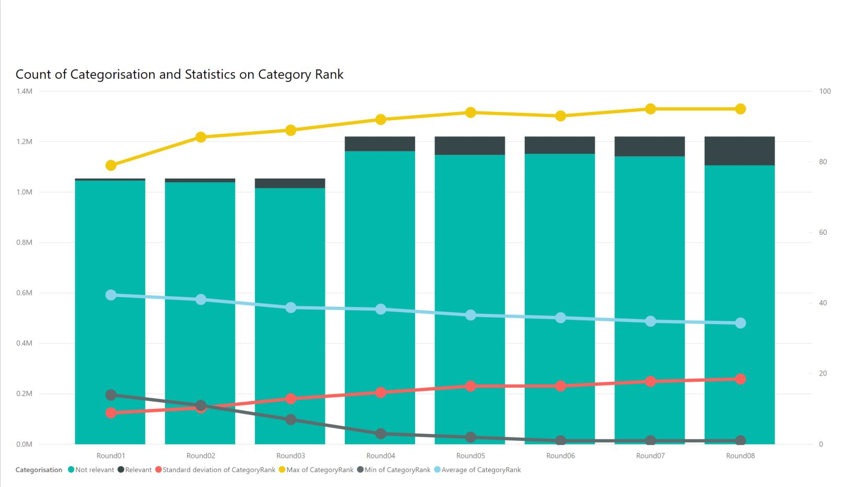 Ultimately, the company handed over 200,000 documents for the inquiry—and met the regulator’s deadline.

"Analytics is on the rise throughout Australia as there is more litigation and regulatory action to make sure people are conducting reviews correctly," Craig said. "We have found active learning has helped us seamlessly handle these complex reviews—and get the job done quickly."

“Analytics is on the rise throughout Australia as there is more litigation and regulatory action to make sure people are conducting reviews correctly. We have found active learning has helped us seamlessly handle these complex reviews—and get the job done quickly.”

Want to see Relativity in action?

KordaMentha is an advisory and investment firm that helps clients throughout their lifecycle. They help them grow and maximize value. They help protect them against financial loss and reputational damage, and recover value in tough times.